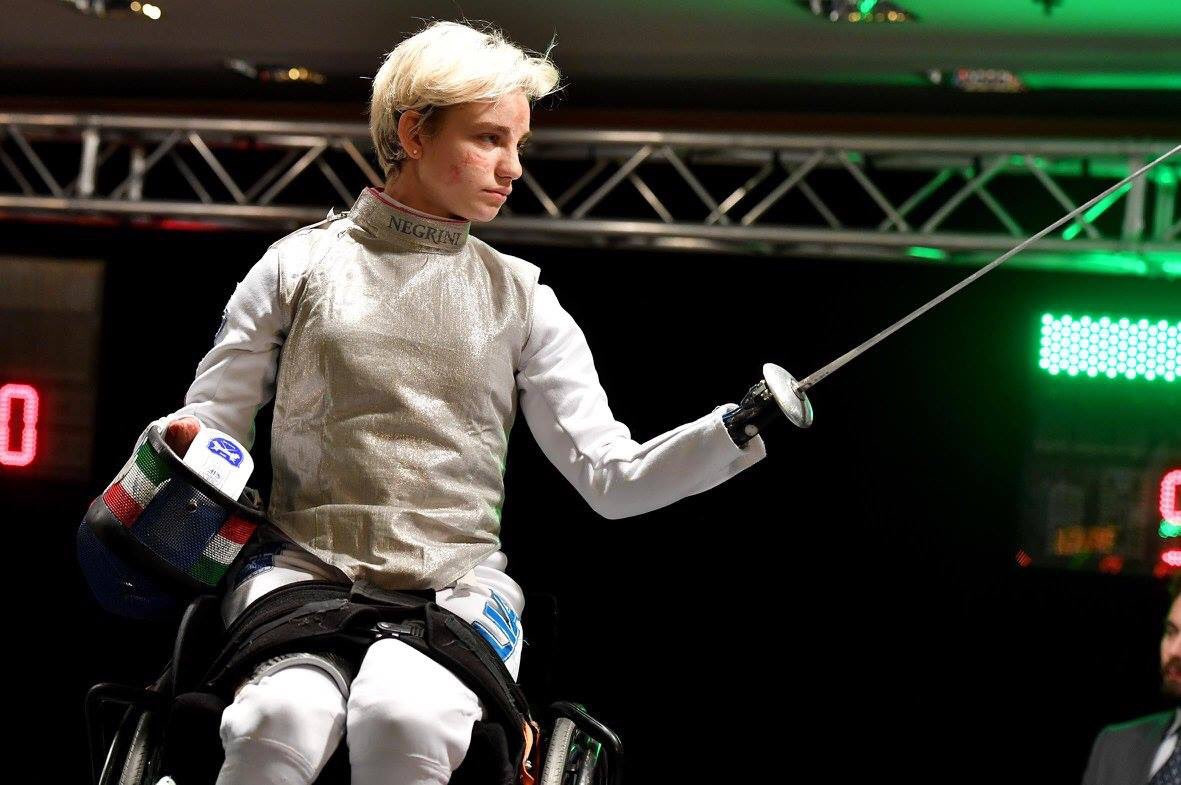 The 20-year-old Italian sensation came into the event as the overwhelming favourite and did not disappoint at the Hilton Rome Airport as she successfully defended her title.

Vio, winner of the individual women's foil B category title at last year's Paralympic Games in Rio de Janeiro, proved to strong for Russia's Viktoria Boykova as she recorded a dominant 15-3 victory.

The bronze medals went to Belarusian Alesia Makrytskaya and Irina Mushurova of Russia.

Multiple Paralympic Games medallist Zsuzsanna Krajnyák won an all-Hungarian final to top the podium in the women's foil A category.

Krajnyák, one of her country's most recognisable athletes, overcame Eva Hajmasi 15-7 to secure the gold medal.

Britain's Dmitri Coutya continued his superb performance at the event in the Italian capital so far as he sealed his second title in the B division.

Coutya added the épée crown to the gold medal he secured in the foil category yesterday with a tense 15-14 win over Italian Alessio Sarri.

Yannick Ifebe of France and Ammar Ali of Iraq won the bronze medals.

Maxim Shaburov of Russia denied Paralympic silver medallist Richárd Osváth his second title at the Championships as he earned a 15-14 triumph over the Hungarian to take the men's sabre A gold.

The event is due to continue tomorrow.