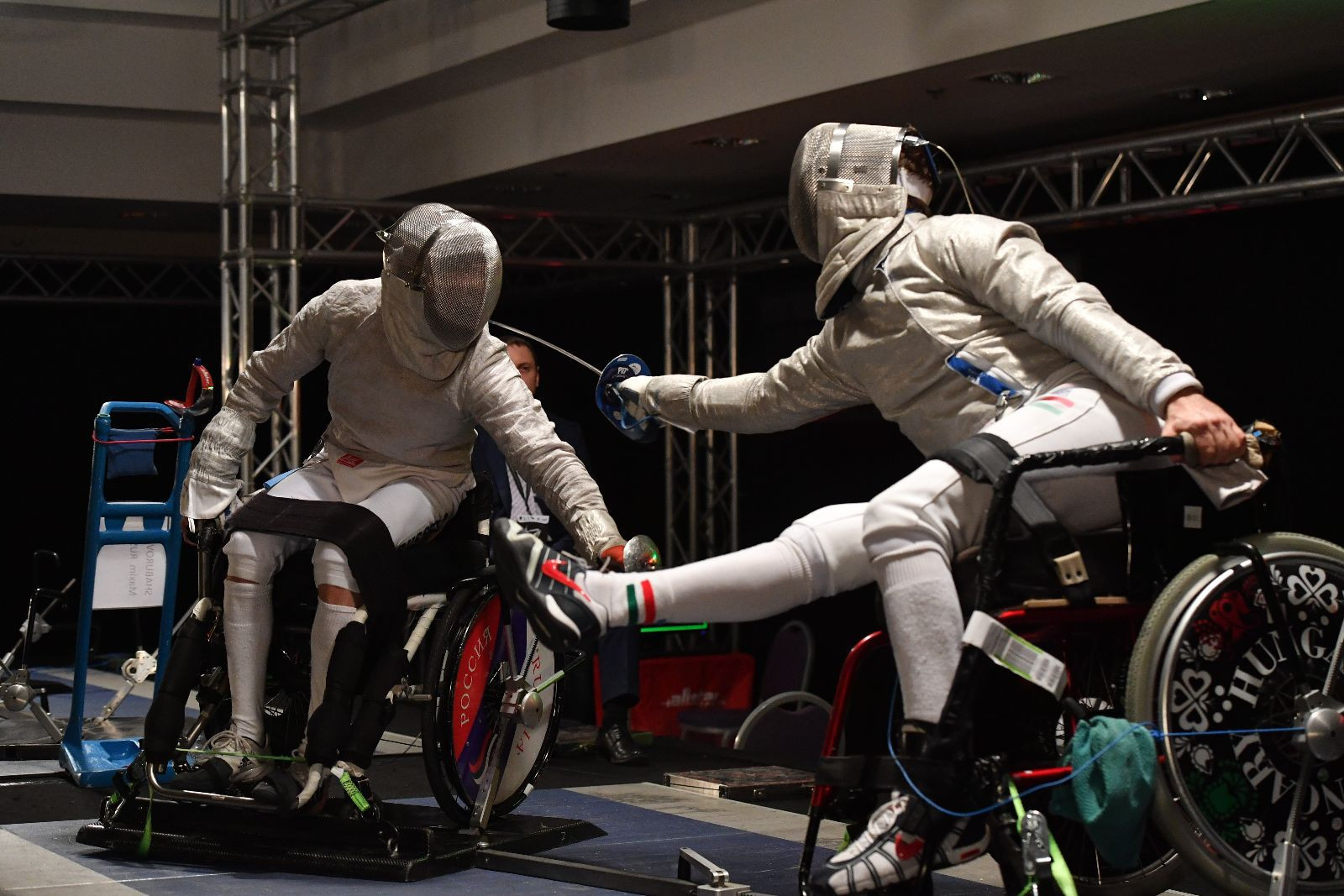 Maxim Shaburov of Russia secured his second gold medal of the International Wheelchair and Amputee Sports Federation Wheelchair Fencing World Championships as he won the men's épée "A" category event in Rome.

Shaburov had already clinched the sabre title yesterday and ensured he returned to the top of the podium with a battling 15-2 win over Piers Gilliver of Britain at the Hilton Rome Airport.

There was further success for the Russian team on the third day of the Championships in the Italian capital as Viktoria Boykova took the women's épée "B" title.

Ludmila Vasileva of Russia and Belarus' Kristina Fiaklistava were the recipients of the bronze medals.

Nataliia Morkvych won an all-Ukrainian affair to clinch the women's sabre "A" crown as she overcame compatriot Yevheniia Breus 15-14 in a hard-fought gold medal match.

Nino Tibiashvili earned bronze for Georgia, with the other available in the category going to Amarilla Veres of Hungary.

Alessio Sarri delivered another gold medal for the host nation as he triumphed in the men's sabre "B" event.

The Italian fencer ended Russia's hopes of adding to their tally at the event by beating Albert Kamalov 15-12 in the final.

Alexander Kurzin of Russia and Frenchman Yannick Ifebe were both awarded bronze.

The World Championships in Rome are due to continue tomorrow.