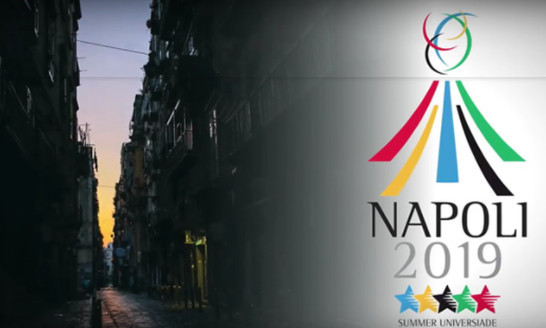 Naples 2019 have stepped up their recruitment process for key roles for the Summer Universiade, with the application deadlines for 12 positions set to close.

Agenzia Regionale Universiadi (ARU), the local body in charge of the preparations for the Universiade, have sought to secure highly quality individuals as they build their team for the event.

Among the key roles is the head of accreditation, as well as protocol, security and transportation.

The head of planning, workforce, volunteers, and the Athletes’ Village are a further four positions being recruited.

Heads of delegation services, food and beverage, and the brand, identity and look of the Universiade are also being sought.

The venue results manager concludes the list of key appointments the ARU are hoping to employ in the coming weeks.

The ARU state the positions are open to experts in the functional areas that also can communicate with proficiency in both English and Italian.

Organisers called upon prospective applicants to send a B2 level language certificate with applicants prior to tomorrow’s deadline.

The candidates will be aided in of applying for work in Italy by the ARU, should they reach that stage of the selection process.

Each of the 12 positions come with a 90-week work contract.

The successful candidates would be able to start work from December 1 and stay through to November 15, 2019.

Naples was officially confirmed as the host in May last year, following a reopened bidding process after Brasilia withdrew in January 2015.

The Brazilian capital were unable to meet financial commitments.

FISU signed a contract with EPIC, a US-based strategic event planning company, to help the local organisers meet the tight schedule for the preparations.

The ARU have sought to attract candidates by stating that the opportunity “doesn’t get much better than this” for sport mangers.

They highlight the chance to work in Napoli’s historic centre, Centro Storico, and be based near Pompeii and the Amalfi Coast as key attractions.