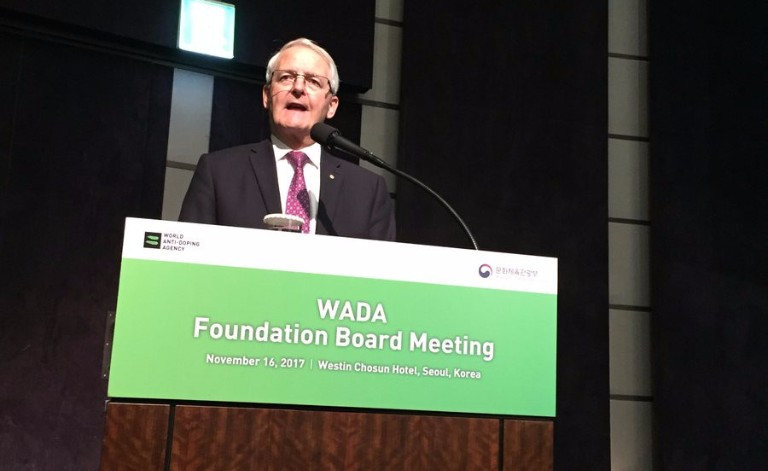 A recommendation that the headquarters of the World Anti-Doping Agency (WADA) remain in Montreal until at least 2031 was formally approved here today.

As reported by insidethegames yesterday, the WADA Foundation Board endorsed the decision of its Executive Committee to remain in the Canadian city.

A delegation led by Canada's Transport Minister Marc Garneau and also including Québec's International Relations Minister Christine St-Pierre and Yves Bolduc, President of Montreal International, made a presentation in the South Korean capital.

WADA have been based in Montreal since 2001 and employ around 85 people.

Their current deal was due to expire in 2021.

The Federal and Provincial Governments have now agreed to increase annual financing for WADA from $1.9 million (£1.4 million/€1.6 million) to $3 million (£2.3 million/€2.5 million).

It will extend over 10 years, bringing the total amount to $35 million (£26 million/€30 million), with indexation factored in.

The Federal Government in Ottawa will fund two-thirds of the amount with the remaining third coming from the Provincial Government.

WADA had been considering moving to Europe to be closer to the International Olympic Committee but have now committed their future to Montreal.

Québec also promised to introduce legislation which would guarantee immunity against civil lawsuits that may be brought against members of WADA because of doping cases.

A special intergovernment committee will also be established to help provide more support for whisteblowers.

WADA already enjoys several special privileges in Québec, including its employees not having to pay tax in Montreal, protection of personal information  and assurance of visas and work permits.

"Today was a great day, not only for Montreal but also for the province of Québec and for the Government of Canada," Garneau told Radio-Canada.

"I think it's a strong endorsement of Canada's values with respect to clean sport.

"It's a strong endorsement of the good work that's been done since the beginning in Montreal."