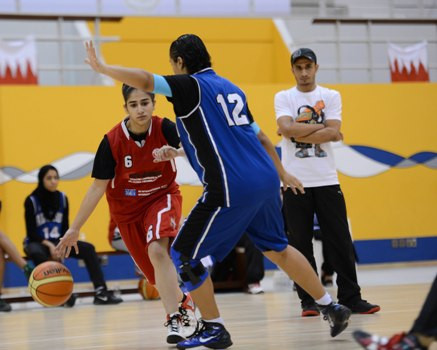 The Bahrain Olympic Committee (BOC) has backed a festival which aims to promote and develop women's sport in the Gulf nation.

It is being organised by events specialists Out of the Box with the support of the BOC, with the event due to be held under the patronage of Her Excellency Shaikha Hayat bint Abdulaziz Al Khalifa.

She is a member of the Supreme Council for Youth and Sports and the BOC, and is chair of the Bahrain Women's Sports Committee.

Two sports are due to be held at the event, futsal and 3x3 basketball.

There will also be display stands showcasing arts and crafts from a number of female entrepreneurs, as well as children's activities and food stalls.

"With the lead of Her Excellency Shaikha Hayat and the Bahrain Olympic Committee, women's sport is gaining more and more interest and prominence in Bahrain," said Out of the Box managing director Sarva Velamuri.

"We are delighted to provide the ladies with a new competitive opportunity, particularly on Bahrain Women's Day.

"We are starting with two sports this year but hope to grow the event each year."

Bahrain has won three Olympic medals in its history, with all of them won by female athletes who were born in Africa before switching allegiances.

Eunice Kirwa then won marathon silver at the Games in the Brazilian city.