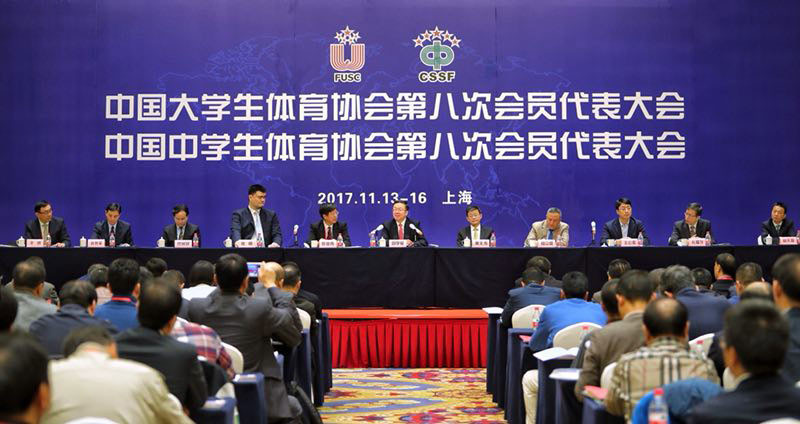 The Federation of University Sports of China (FUSC) held their eighth General Assembly with around 300 delegates present.

Officials from Governments, universities and local university sports federations were among those to attend.

The General Assembly, held over two days, saw the FUSC elect their Board for the coming years.

Xue Yanqing was confirmed as the organisation's senior vice-president and secretary general, with the official presenting a report on their activities.

He said that the FUSC's work had made an important impact on the lives of students, which he claimed was "inspiring and encouraging".

Tian claimed the promotion of university sport was considered an important part of the Chinese Government's strategy.

He called for delegates to support the advancement of university sport and expressed his view it could help with the country's economic and social development.

The official also claimed FISU’s cooperation with the Asian University Sport Federation will help development and reform in the field in the coming years.

The General Assembly was visited by the China Basketball Association, led by their President Yao Ming.

A Memorandum of Understanding was signed between the association and FUSC.

As part of the agreement, the parties pledged to cooperate in issues such as athlete selection and coaches training.