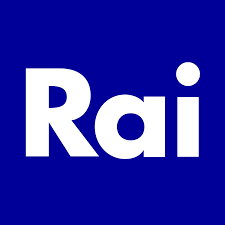 Italian broadcaster Rai has acquired free-to-air rights in the country for next month's Winter Olympic Games in Pyeongchang after the company signed a deal with Discovery Communications.

Discovery Communications, the owners of Eurosport, will sublicense the audio-visual rights for the Games to Rai.

Up to 100 hours of coverage from the Games will be available on up to two television channels and digital simulcast as part of the agreement.

Every minute of the Winter Olympics will be screened on Eurosport Player, with RAI given the biggest and best moments on a free-to-air basis.

It is claimed the deal between Rai, the national public broadcasting company of Italy, and Discovery Communications will ensure that viewers enjoy an "unequalled depth of live coverage and broad access to the biggest moments".

"In another ground-breaking Olympic-first, our partnership with RAI and national broadcasters across Europe means Discovery is well on track to engage more people, on more screens, with the Olympic Winter Games than ever before," Eurosport chief executive Peter Hutton said.

"With the foundation of offering every minute for Europe for the first time, our all-screen strategy across our digital services and social media platforms will see us go even further and reach new and younger audiences."

Discovery penned a contract with the International Olympic Committee in June 2015, which saw Pan-European television sports network Eurosport become the continent's Olympic broadcaster from 2018 to 2024.

Pyeongchang 2018 will take place in South Korea between February 9 and 25.