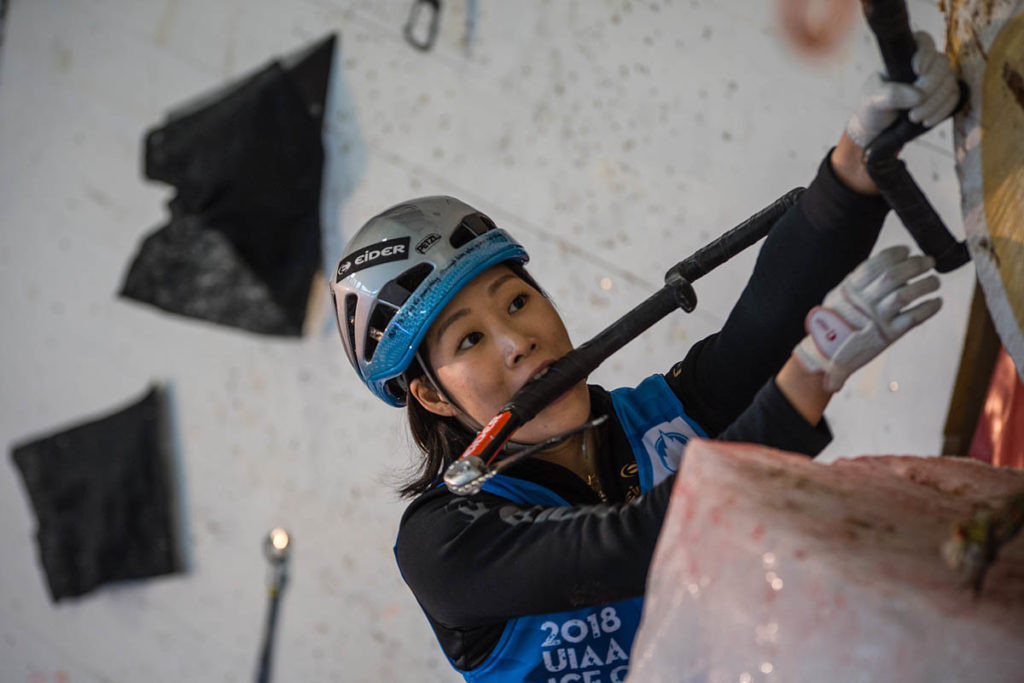 Song retained her premier position at the Swiss resort as she finished ahead of compatriot Shin Woonseon and Russia’s Maria Tolokonina.

No athlete was able to top the long, technical and demanding World Cup route.

But there was plenty for home fans to cheer as Swiss climbers Sina Goetz, Petra Klingler and Laura Von Allmen placed fifth, seventh and eighth respectively.

The men’s competition witnessed the arrival on the world stage of Iran’s Mohammadreza Korouyeh Safdarian, who claimed his first UIAA Ice Climbing World Cup medal with a third-place finish.

The gold medal went to Alexey Dengin of Russia, who finished ahead of his compatriot, Maxim Tomilov.