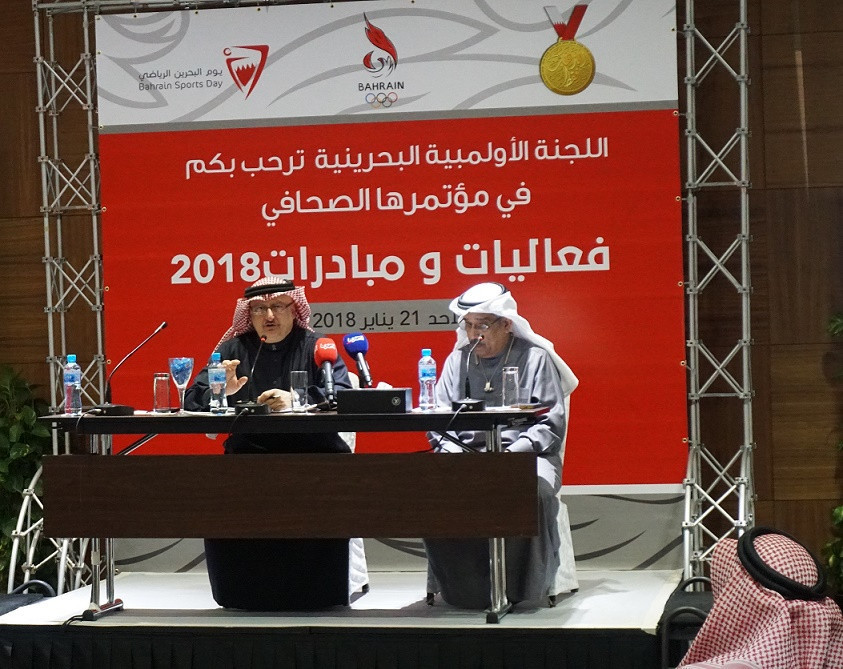 The Bahrain Olympic Committee (BOC) have confirmed that they have created a new set of programmes to promote sport in the country, including the Baby Games.

The initiatives were announced at a press conference by BOC general secretary Abdulrahman Askar at the Rami Grand Hotel in Seef today.

The Baby Games is scheduled to take place at the beginning of April and will feature five sports - athletics, gymnastics, football, basketball and weightlifting.

The Games are open to children from the ages of two to four and have been designed to encourage participation in sport and promote the Olympic values at a young age.

Another initiative unveiled by the BOC is the first-ever Bahrain International Futsal Challenge, which will take place in the final week of March with 300 players set to play a match for a continuous 60 hours.

It is hoped the match will promote tourism by breaking the Guinness World Record.

The BOC have also announced a Sports Talents Programme, which aims to discover extremely skilful young athletes who could win medals for Bahrain in the future, along with an Olympic Museum which will document the entire sporting history of Bahrain.

The final of the five initiatives to be announced is the Olympic Park, due to be ready by December, which will be located at the Al Areen Wildlife Park and Reserve in Sakhir.

The Olympic Park will honour athletes with a special sporting record, such as gold medals, by planting trees around the venue.

Askar also announced the dates for the regular BOC events at the press conference.

These include the National Sports Day on February 13, the award ceremony for the Shaikh Nasser bin Hamad Scientific Research Award in the field of sports on March 13 and the School Mini Olympics from March 8 to 22.

An event to honour ex-Bahraini athletes will take place on April 17 with the First International Physical Literacy Conference following shortly after from April 22 to 24.

Olympic Day will be celebrated on June 22.