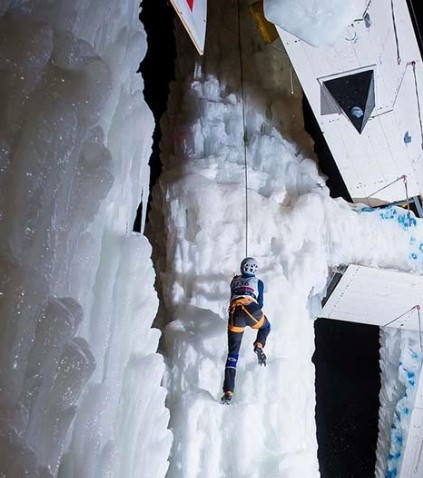 Rabenstein in Italy is gearing up to host the second leg of the International Climbing and Mountaineering Federation Ice Climbing World Tour season from tomorrow.

Both speed and lead competitions will take place at the event in South Tyrol over two days of action.

It follows the season opener in Saas-Fee in Switzerland last weekend.

Difficult conditions have been predicted for the competitors in Rabenstein.

"The venue is popular because of its unique structure," said competition organiser Reinhard Graf.

"There is a route which suits everyone.

"We put a lot of emphasis on the comfort of athletes.

"Due to the size of the structure many routes can be built simultaneously, which in turn makes it possible to orchestrate an interesting competition.

"Furthermore, we push for much of the event to be held on actual ice.

"The 25-metre-high tower offers great possibilities for our 'speed show.'"

Speed finals will be held tomorrow with lead taking place on Saturday (January 27).