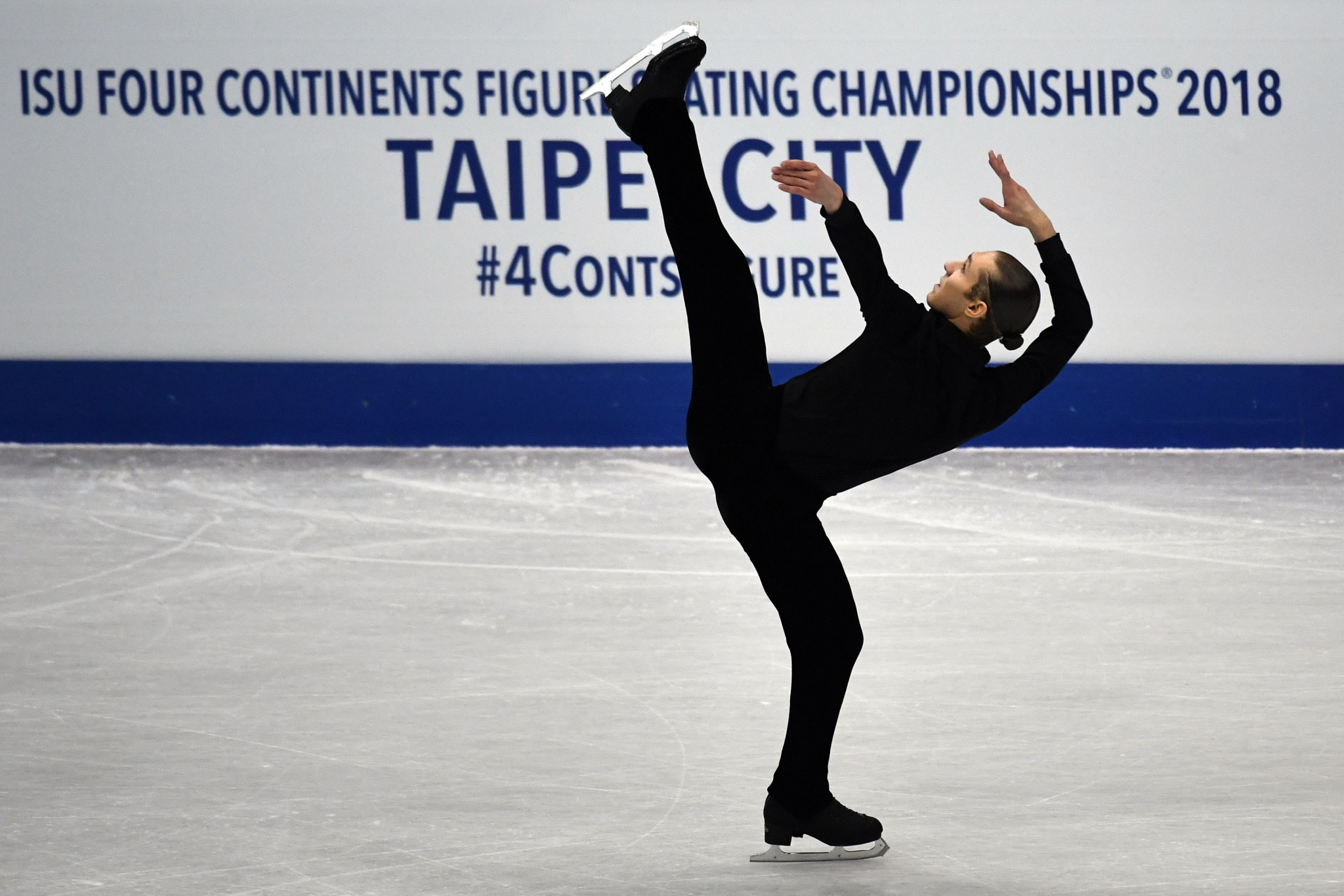 Jin, who missed last month's ISU Grand Prix of Figure Skating Final in Nagoya with foot injuries, picked up a level four for his three spins and the footwork to score 200.78 points.

The only glitch came when the two-time World Championship bronze medallist stumbled on a triple Lutz-double toe combination.

"After I withdrew from the Grand Prix Final I worked really hard on my recovery and I trained the hardest I ever have," Jin said.

"Thanks to that I was able to give an almost perfect performance today.

"The result of this competition gives me confidence to challenge myself to give two perfect performances in Pyeongchang [Olympic Games].”

A day after his compatriot Kaori Sakamoto had led a clean sweep in the women’s competition, Japan’s world silver medallist Shoma Uno earned silver and Jason Brown of the United States rose from fourth to claim the bronze medal.

Skating to Turandot, Uno produced a quad toe-double toe and quad toe as well six triples including two triple Axels, but he under-rotated a quad loop and fell on a quad flip.

"Unfortunately I missed my quad flip, but the good part was that I kept calm and finished the programme nicely," he said.

"I didn’t do my best today, but I still think the practice was not a waste.

"I would like to be more confident and take it to the next competition."

Brown delivered an elegant performance to The Scent of Love from The Piano soundtrack that featured a triple Axel-triple toe and five more clean triples as well as excellent spins and footwork.

The former US champion posted a season's best with 179.44 points and collected 269.22 overall to earn his first senior-level ISU Championship medal.

"Nothing was easy about this year," said the 23-year-old.

"I felt that I was chasing something - in this case it was kind of chasing the quad.

"I think by the end of the season I was done running, I was done chasing after that and I wanted to come to this event and strip out of that shell and be me, and be proud of what I am."

Japan’s Keiji Tanaka dropped from third to fourth on 260.31 points after turning a planned quad Salchow into a triple and doubling a triple Axel.

Max Aaron of the US climbed from sixth to fifth with a solid skate, earning 255.45 points, while Misha Ge of Uzbekistan moved up from eighth to sixth with 248.96.