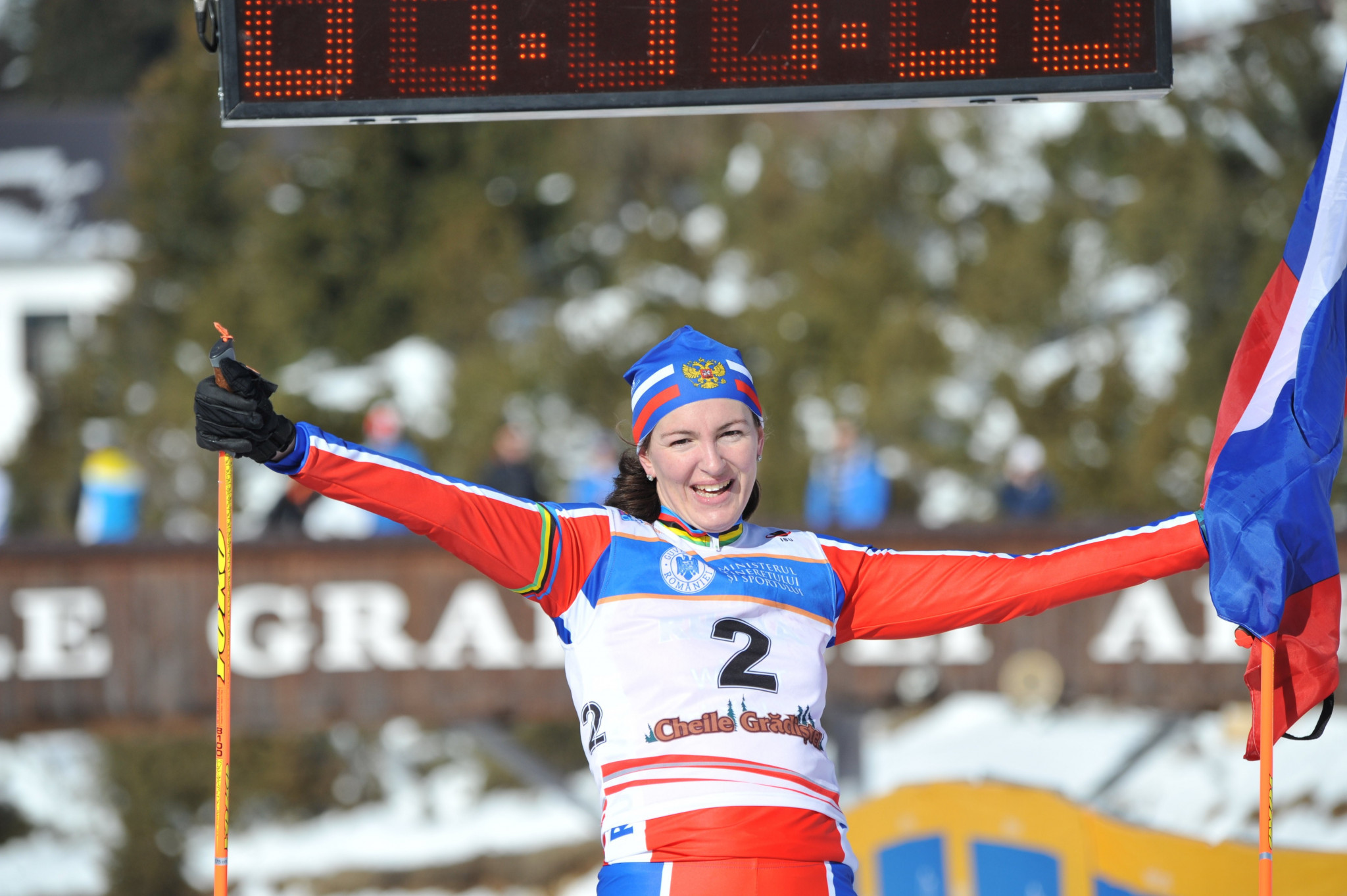 Russians Pavel Andreev and Yulia Surikova won the men and women's titles at the Winter Triathlon World Championships in Romania.

Andreev was part of a lead group of five men who were a minute ahead of the rest of the field at the end of the opening 7.5 kilometres run in in Cheile Gradistei, in the famous Transylvania region.

The group, which also included also teammate Dmitry Bregeda along with the Czech Republic's Marek Rauchfuss, Norway's Olvind Bjerkseth and Italians Guiseppe Lamastra and Daniel Antonioli, remained together after the 14km bike.

But no-one could deal with Andreev in the final 10km cross-country ski leg as he pulled away from the start to win in 1 hour 33min 37sec.

It was the sixth Winter Triathlon World Championships title of his career.

The battle for the silver medal was fierce.

Rauchfuss' chances were badly hit by having to serve a 15 second penalty for leaving his shoes outside the box in the first transition.

He decided to serve the penalty in the last lap of the ski and was passed by another Russian, Pavel Yakimov, who managed to finish in the second place at the end in 1:35:15, while Rauchfuss claimed bronze.

"I am so happy I can not believe it," said Andreev.

"It was a very tough race.

"The run was really hard, and I didn’t feel really good, so I just managed to keep there with the rest.

"But then I started feeling better on the bike course, and the ski I enjoyed it a lot,

"It was just perfect."

Halfway through the run course, Surikova started to break away, managing to keep a bit of a 30 seconds over her main rivals, the Czech Republic's Helena Erbenova and Austria's Romana Slavinec,

Surikov’s gap grew bigger on the bike with each of the five laps and she started the ski more than a minute ahead of Erbenova.

Even having to serve a 15 second penalty for leaving her running shoes outside the box in transition proved not to be too much of a handicap as she crossed the line in 1:47:51, 89 seconds ahead of Erbenova.

"The race was fantastic," said Surikova.

"I can’t believe it, because there were some very strong girls with me.

"I was worried during the time penalty I had to serve, because I knew Helena was close, but I pushed really hard to break away and it was a good strategy."

Another Russian, Nadezhda Belkina won the women's under-23 title followed by team-mate Daria Rogozina, who took the silver medal, with Romania's Edith Vakaria overcoming a bike crash to win the bronze.