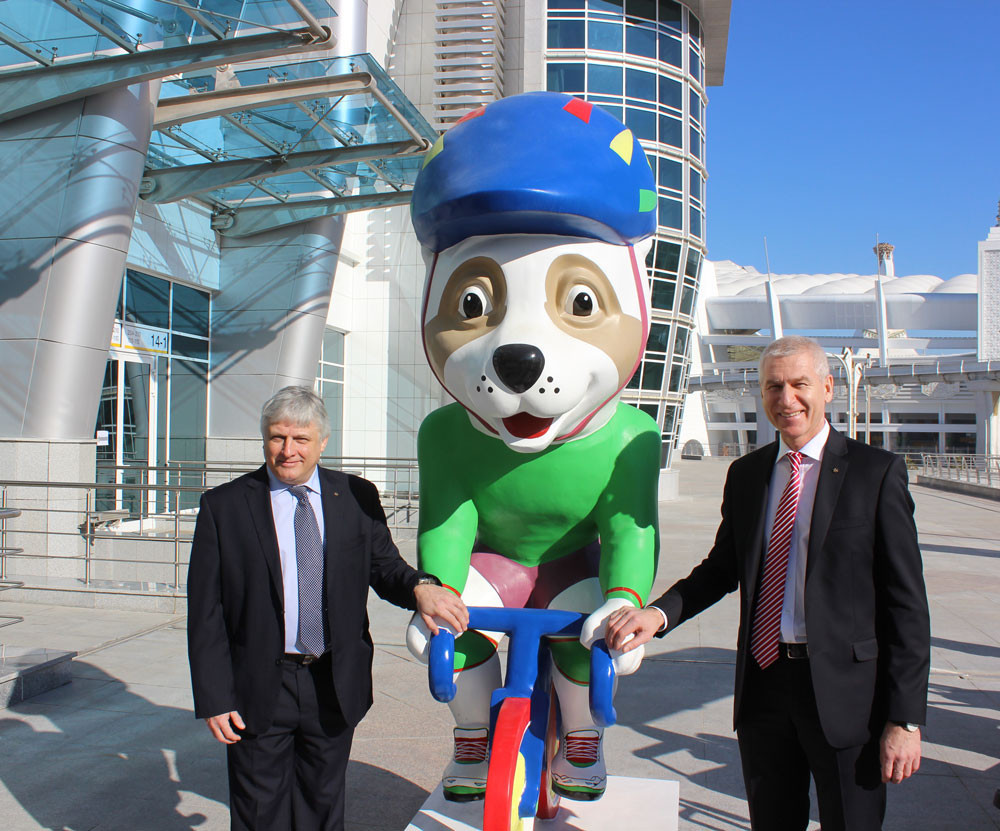 The country is an emerging power in global sport having hosted the fifth edition of the Asian Indoor and Martial Arts Games (AIMAG) in Ashgabat last year.

Matytsin, who was joined in the Central Asian nation by FISU secretary general and chief executive Eric Saintrond, toured the Olympic Park in the capital city which staged the AIMAG competition.

They were shown around by Dayanch Gulgeldiyev, chairman of AIMAG who now heads the administration of the Olympic Park.

As well as the competition venues, the tour also included the Athletes' Village.

Talks were held with Sapardurdy Toyliyev, who is in charge of education, science and tourism in Turkmenistan, and Rashid Meredov, the Minister of Foreign Affairs.

"During the visits the parties discussed the results of the Asian Games and outlined ways to expand cooperation between FISU and Turkmenistan," a FISU statement said.

"The country has been paying great attention to developing and promoting sport over the last decade, considering it as both a practical tool of social advancement and a way to strengthen Turkmenistan's international stance and intensify its foreign relations.

"The successful experience of the Asian Games in Ashgabat created the necessary conditions for hosting more international sports events in the foreseeable future."

It now seems probable that major FISU events will be hosted in Ashgabat.

The delegation also met with Toyli Komekov, in charge of sport in Turkmenistan, and Azat Muradov, the secretary general of the country's National Olympic Committee.

Ashgabat has already been chosen to host this year's World Weightlifting Championships, with the country keen to stage more events.