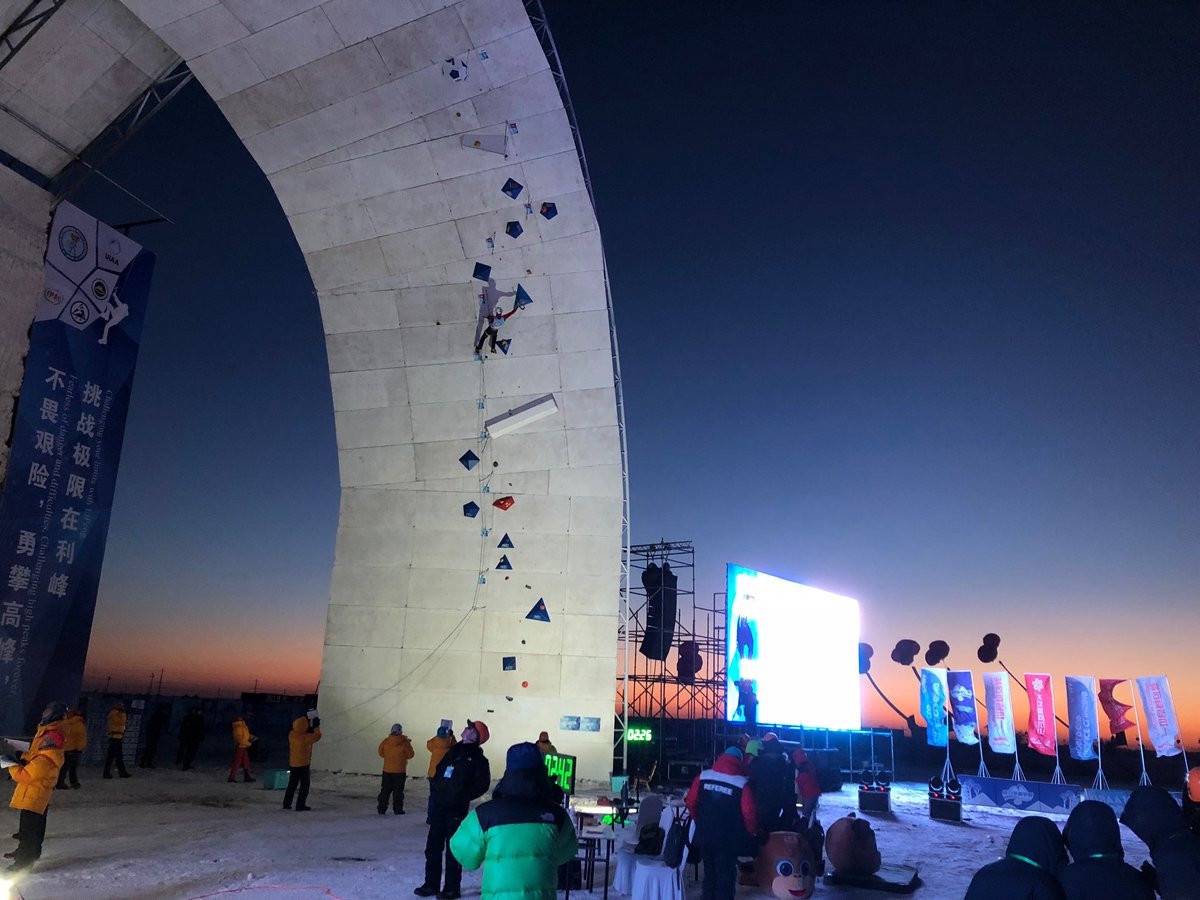 Russia were the dominant force as qualification for the men's and women's lead events took place at the International Climbing and Mountaineering Federation (UIAA) Ice Climbing World Cup leg in Hohhot today.

The Russian duo of Alexey Dengin and Alexey Tomilov topped the men's qualification alongside Iran's Mohammadreza Safdarian Korouyeh, while Maria Tolokonina led a Russian one-two-three in the women’s qualification ahead of Ekaterina Vlasova and Mariia Edler.

The top 18 climbers in both the men’s and women’s events will compete in tomorrow's semi-finals.

Speed duel competitions are also due to be held over the next two days.

Hohhot, located in China’s Inner Mongolia region, is making its debut as a stage on the UIAA Ice Climbing World Cup tour.

According to the UIAA, "China continues to become an important presence on the World Tour stage".

Both the lead and speed duel events are being held on a new ice climbing structure, which has been built for the competition.