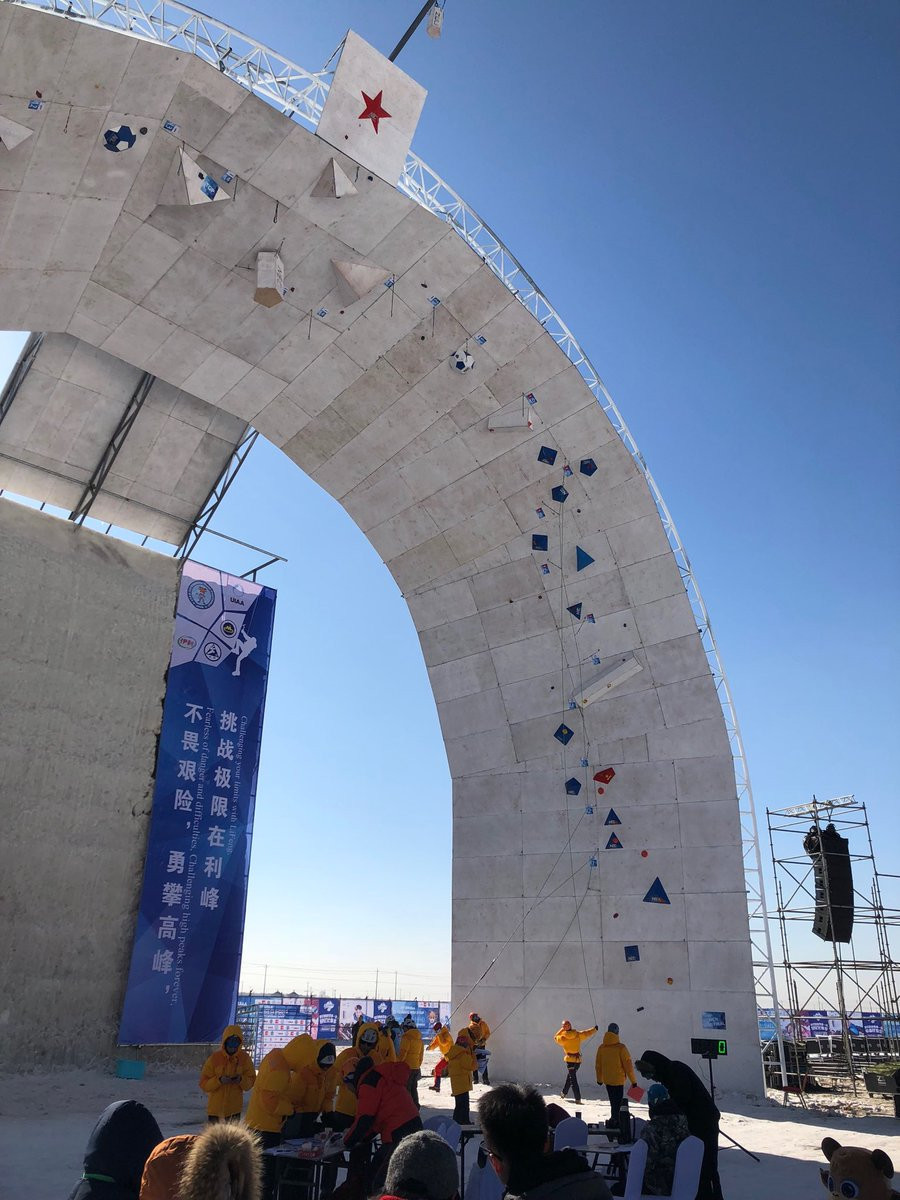 The top 18 climbers in both the men's and women's events competed in today's semi-finals in the Chinese city.

The finals are scheduled to be held tomorrow.

Safdarian Korouyeh was the only non-Russian to qualify for the final round after the Iranian ranked seventh in the semi-finals.

In the women's semi-finals, Ekaterina Koshcheeva finished first with 27.50 points and was followed in the standings by Natalia Belyaeva with 28.85 and Tolokonina with 36.98.

The last round of both the men's and women's events are split into quarter-finals, semi-finals and finals.