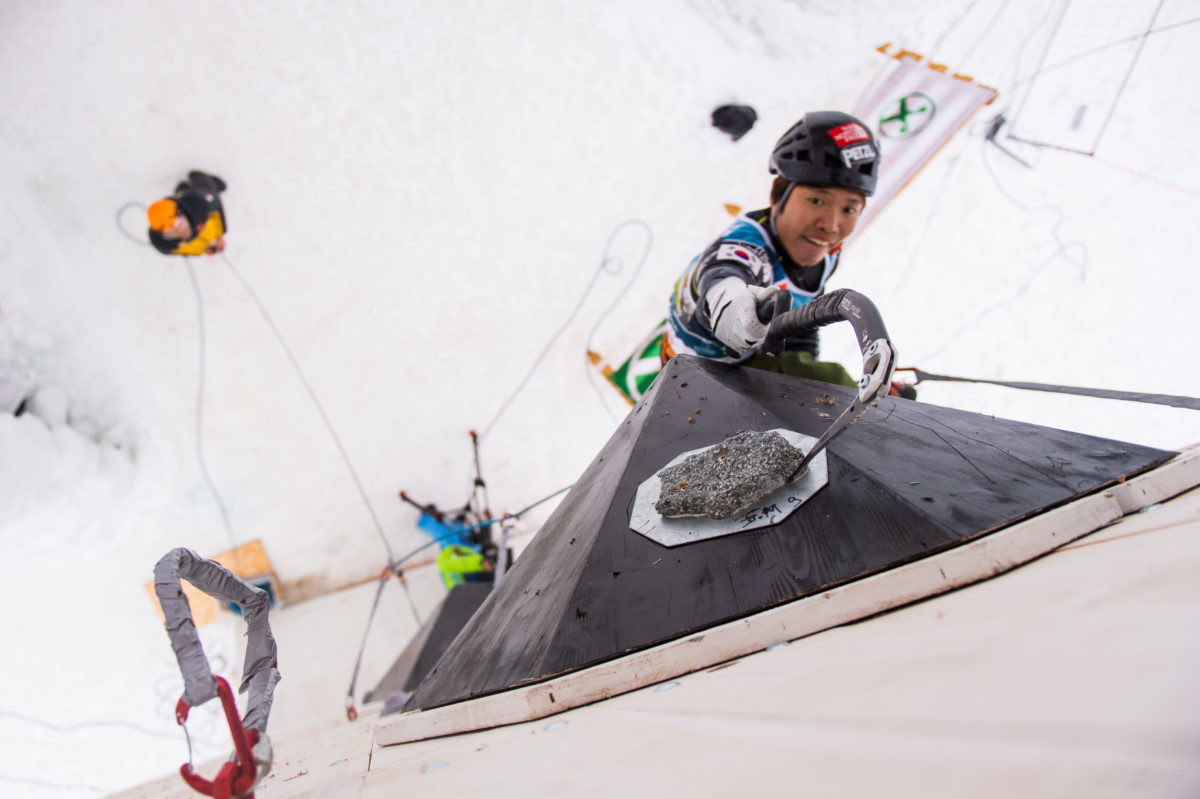 As the Pyeongchang Olympic Winter Games get fully underway this weekend there is a strong prospect of home medals of a different kind being won 120 kilometres further north of the host city, as South Korea's world-leading ice climbers compete in Cheongsong.

In what is the penultimate round of the International Climbing and Mountaineering Federation (UIAA) Ice Climbing World Cup tour, Cheongsong hosts a competition that will feature the two South Korean athletes currently first and third in the women's lead climbing world rankings, Hannarai Song and Woonseon Shin.

And the men's lead climbing will see the return to the World Tour of the charismatic and popular home athlete HeeYong Park, defending world champion and World Tour winner.

The World Cup event in Cheongsong provides the perfect stage for the UIAA to showcase the sport - which aspires to Olympic inclusion - in the home country of the Games.

There is huge enthusiasm for sport and ice climbing in South Korea, a fact that is reflected itself by the entry of 21 home athletes for this event, which has the additional significance of serving as the Asian Championships.

And the weekend's competition is likely to have a significant bearing on the final classifications when verdicts are decided during the season finale in Kirov, Russia from March 2 to 4.

Song and Shin have claimed the three gold medals on offer so far this season.

Song has a 100 per cent 2018 record, claiming golds in Saas-Fee and Rabenstein before missing last weekend's competition in Hohhot, China which was won by Shin.

Russia's Maria Tolokonina , second in the rankings, will also be in strong contention.

Park is a perennial winner in Cheongsong and his presence will add extra edge to a competition currently led by Iran's Mohammadreza Korouyeh Safdarian, who has a five-point advantage over Russia's Maxim Tomilov.

The speed competitions are equally tight.

The speed finals will take place on Sunday (February 11).