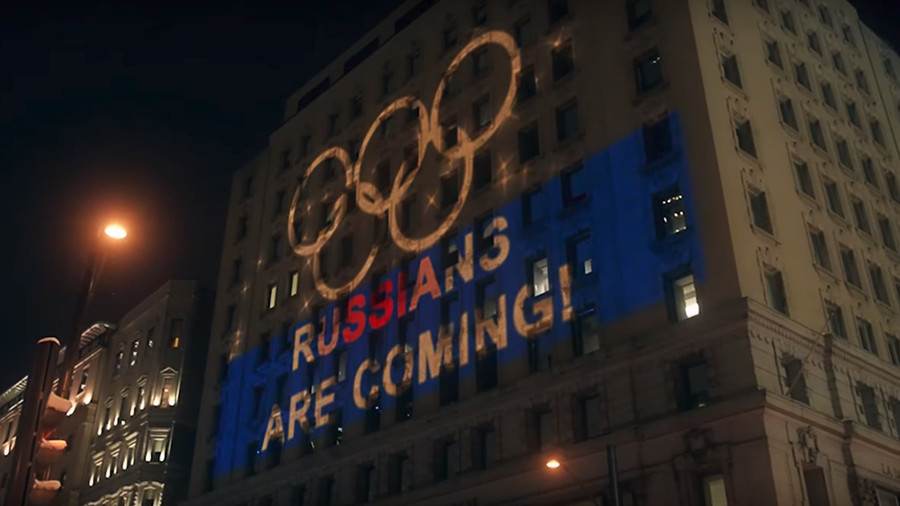 Russia's flag has been projected onto the headquarters of the World Anti-Doping Agency (WADA) in Montreal in protest at the organisation's role in the country being banned from the Winter Olympic Games here.

The flag being depicted on the building was part of a light show organised by Russian fans angry at the punishments given by WADA and the International Olympic Committee (IOC) following the nation's doping scandal.

It was designed to show support for Russian athletes forced to compete as under a neutral flag at Pyeongchang 2018.

In a video posted on YouTube, reportedly shot in January, those behind the protest warn "the Russians are coming".

They also hit out at what they claim are "dastardly" acts by WADA and the IOC against their country.

"The only doping among Russian Olympic team is the support and love of Russian people," the inscription on WADA's headquarters read.

"By this light show in front of the headquarters of WADA we want to tell the whole world that the only doping among the Russian Olympic team is our support and love."

Russians cleared by the IOC to take part at Pyeongchang 2018 are competing as Olympic Athletes from Russia.

But they are taking part under the Olympic flag and Russia's national anthem will not be played if they win a gold medal.

The IOC gave Russia the punishment in December after finding them guilty of a "systematic manipulation" of the anti-doping system at Sochi 2014.

A total of 168 competitors are on the OAR squad for the Games, which officially began with the Opening Ceremony yesterday.

Several of the team marched during the Ceremony under the Olympic Flag carried by a Pyeongchang 2018 volunteer.

Earlier in the day, the Court of Arbitration for Sport had dismissed the appeals of 45 athletes who were hoping to compete at Pyeongchang 2018.