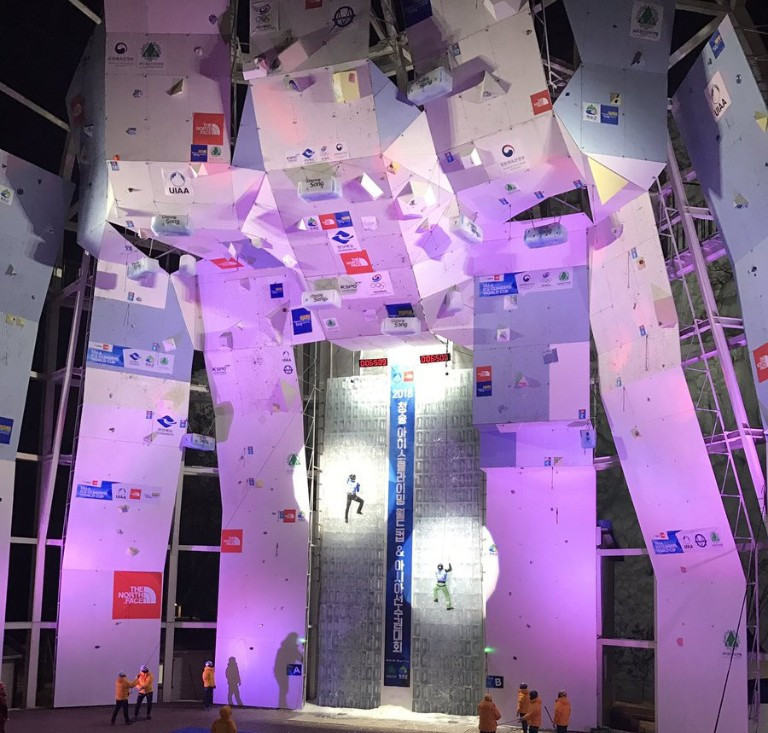 While eyes in South Korea are currently on Pyeongchang as the Winter Olympics continue, Song did her best to ensure ice climbing also earned its fair share of attention.

Her team-mate Shin Woonseon matched the score to progress in second, while Russia’s Maria Tolokonina was third.

The final berths in the final were eared by South Korea’s Kim Minji and Russia’s Mariia Edler.

Kwon Young-hye led the South Korean challenge in the men’s event, with the local athlete achieving a score of 10.311 to advance as the top ranked athlete to the final.

He was followed by Mohammadreza Safdarian Korouyeh of Iran, who led a number of climbers on 9.280.

France’s Louna Ladevant clinched the final spot in the final on 9.271, ending 0.001 seconds clear of his older brother Tristan, who missed out on advancing.

There is added importance for a number of climbers as competition also doubles as the Asian Championships.

Speed qualification also began today, with the top 16 climbers reaching the semi-final stage of the event.

Kirill Kolchegoshev produced the fastest time by ending in 17.71, with the Russian followed by compatriots Nikolai Kuzovlev and Vladimir Kartashev, who managed 17.79 and 19.62 respectively.

The top seven climbers in women’s qualification were all Russian, with Ekaterina Koscheeva ending three seconds clear of her nearest challenger by ending in 21.32.

The penultimate World Cup event of the season is set to conclude tomorrow.