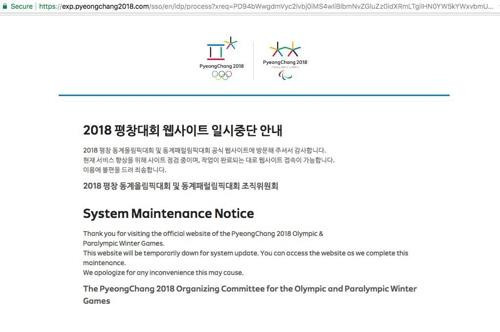 Pyeongchang 2018 have officially confirmed that a cyber-attack took place during the Opening Ceremony here but will not reveal who was behind it.

There are concerns it may have been Russian in origin after many of the country's leading athletes were barred from competing.

The attack was considered to be the cause of severe technological issues at some of the venues during the Opening Ceremony on Friday (February 9).

The Main Press Centre and the Pyeongchang Olympic Stadium were among the main affected areas.

Organisers were also forced to shut down their website.

"There was a cyber attack and the server was updated yesterday during the day and we have the cause of the problem," said Pyeongchang 2018 spokesperson Sung Baik-you today.

"They know what happened and this is a usual thing during the Olympic Games.

"We are not going to reveal the source."

IOC Presidential spokesperson Mark Adams said that it was "normal practice" for companies to not reveal their sources.

"We are taking secure operations and, in line with best practice, we're not going to comment on the issue because it is an issue that we are dealing with," he said.

"We wouldn't start giving you the details of an investigation before it is coming to an end, particularly if it was on security which, at these Games, is incredibly important.

"You will appreciate that we need to maintain the security of our systems."

Adams insisted he personally did not know who was behind the attack.

"We don't reveal details in public because actually at the moment, we are making sure that our systems are secure, which they are, so discussing details is not helpful," he said.

"But we will have a full report and, I guess, it will be made public."

A report from IT security firm McAfee last month warned they had already detected malicious cyber-attacks in connection with the Winter Olympics.

Experts have since warned the Games pose "a significant security challenge" with regards to potential cyber-attacks.

Internet problems occured before and during the Ceremony at the Stadium, while televisions and WiFi also experienced issues at the Main Press Centre.

There were also reports of people receiving malicious emails from potential hackers.

If the attack does indeed turn out to be Russian in origin, then it could impact the IOC decision over whether to lift the country's suspension before the Closing Ceremony and allow athletes to march under their own flag there.