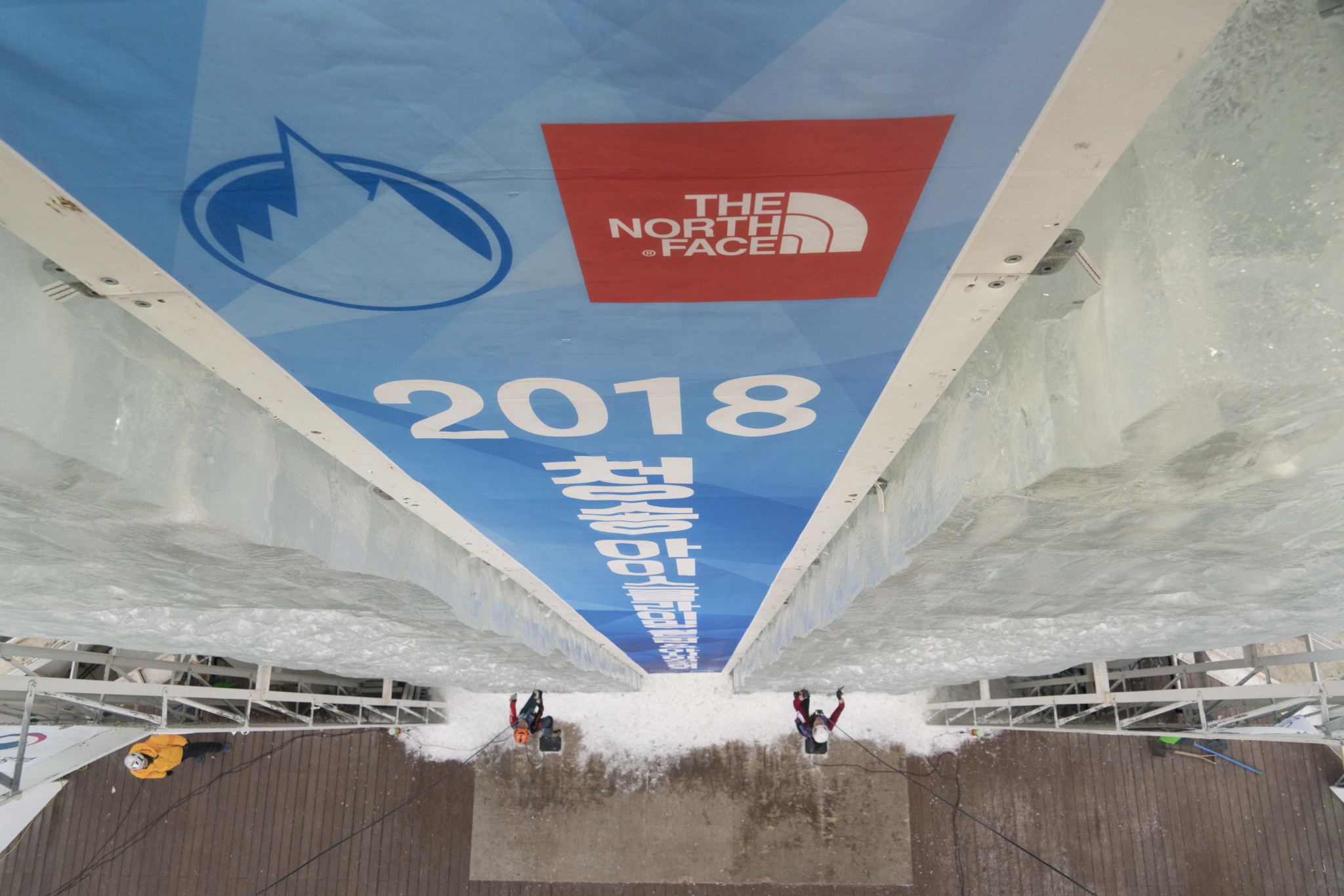 Russia secured three out of four titles available on the final day of the International Climbing and Mountaineering Federation (UIAA) Ice Climbing World Cup in Cheongsong.

Alexey Dengin, winner of the first stage of this season's Ice Climbing World Cup at Saas Fee in Switzerland, claimed the gold medal in the men’s lead event with a time of 10min 40sec.

Compatriot Maksim Tomilov managed to clinch the silver medal ahead of Park Heeyong of South Korea.

Both athletes registered times of 10:39.0 in the final but Tomilov was given the higher medal after recording faster times in the earlier rounds of the competition.

Nikolai Kuzovlev came out on top in the men’s speed competition with both the gold and bronze-medal finals contested purely by Russian athletes.

Kuzovlev secured gold ahead of Leonid Malykh in the main final thanks to an overall time of 12.96 after two runs of 6.08 and 6.88

Vladimir Kartashev completed the podium lineup with an overall time of 13.74 thanks to individual run times of 7.29 and 6.45, putting him 0.16 seconds ahead of Anton Nemov.

As was the case in the men’s event, the women’s speed dual medal finals were also only contested by Russians.

Ekaterina Koschcheeva put together run times of 9.67 and 9.69 to claim gold, 0.31 seconds ahead of Natalia Belyaeva.

The only title that was not taken by a Russian athlete was the women’s lead, won by Shin Woonseon of host country South Korea with a time of 8:15

There was added importance for a number of climbers this weekend as the competition also doubled as the Asian Championships.

The final UIAA Ice Climbing World Cup event of the season is due take place in Kirov Russia from March 2 to 4.