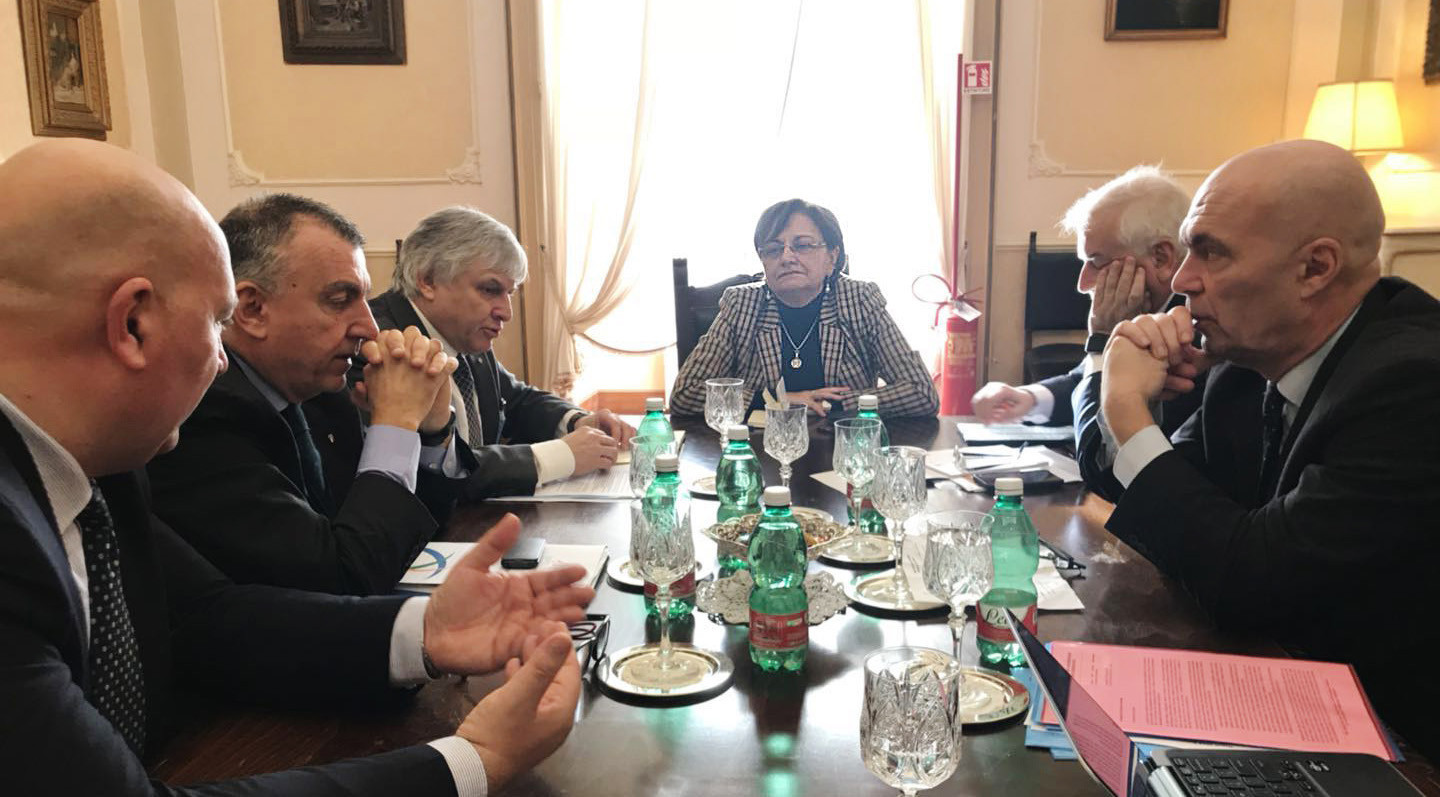 Representatives from the International University Sports Federation (FISU) met with officials from the Naples 2019 Summer Universiade to discuss preparations for the event.

The meeting, which was also attended by Italian University Sports Federation (CUSI) President Lorenzo Lentini and Raffaele Pagnozzi, a senior representative of the Italian National Olympic Committee (CONI), saw the discussion of various topics including the progress of the Athletes' Village, staff recruitment and broadcast plans.

Both the CUSI and CONI also committed their full support to Naples 2019 commissioner Luisa Latella, in the presence of FISU secretary general and chief executive Eric Saintrond.

FISU have said that CONI will provide on-field expertise and resources to Naples 2019 whilst the CUSI will offer its experience in organising events.

Latella thanked FISU for their support in her work.

"As a person, it is my job to take over all difficulties and challenges to move on, and I hope together we will be able to deliver a very successful Summer Universiade in 2019," she said.

She also confirmed that she would be attending the FISU Executive Committee meeting on March 2.

Saintrond said he was looking forward to the 2019 Universiade.

"The last four Universiades were held in Asia or Asia-Europe, and were recognised by sport organisations as fantastic events," he said.

"Now we are happy to come back to Europe and especially to Italy.

"CUSI and Italy have been with FISU from the very beginning, from the date that we created FISU.

"FISU is not only a sport event organiser as we are organising the events for students, who are the leaders of tomorrow.

"The project in the Campania region is exactly what we are looking for.

"The legacy of the event is of great importance: the social legacy for young people, reconstruction of the venues, and also to promote healthy lives through sport and physical activities."

Naples 2019 is scheduled to take place from July 3 to July 14 with the main venue being the Stadio San Paolo.

The city was officially confirmed as the host in May 2016 following a re-opened bidding process after Brasília withdrew in January 2015 due to their inability to meet financial commitments.