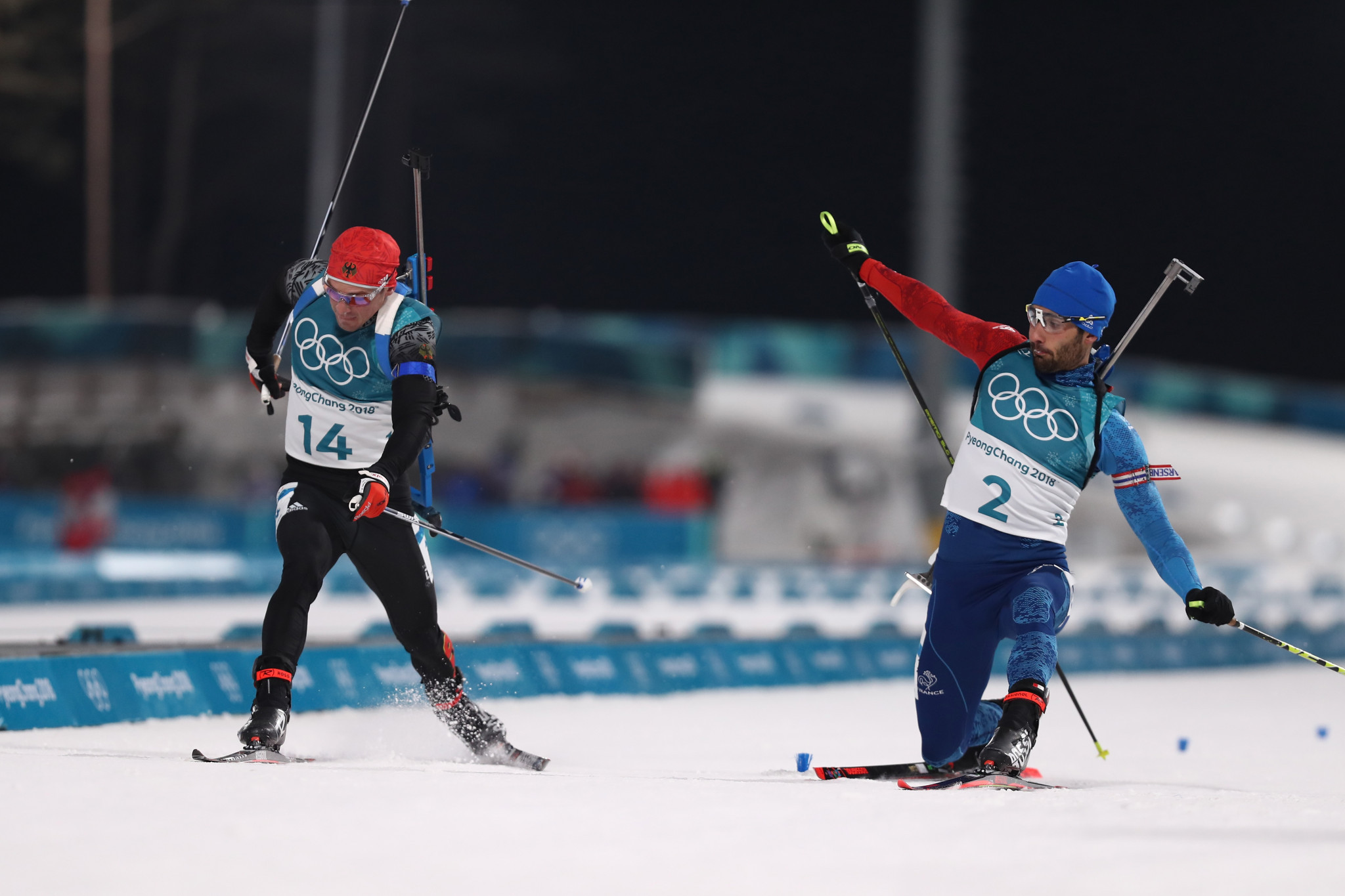 Fourcade, who came into the event having already claimed the pursuit title, held off a late surge from the German to cross the line in 35min 47.3sec at the Alpensia Biathlon Centre.

Schempp, the reigning world champion, finished in the same time but fell short of the gold medal in agonising fashion.

Fourcade was visibly frustrated with himself at the finish, slamming his skis into the snow as he thought he had been pipped by his German rival.

Television footage, though, showed the Frenchman's skis were over the line before Schempp's, confirming Fourcade's victory.

Behind the dramatic race for the title, Emil Hegle Svendsen of Norway came through to take the bronze medal.

The result saw Fourcade become the most successful French Olympian in terms of gold medals of all time.

He had also won Olympic gold medals in the 20km individual and 12.5km pursuit at Sochi 2014.

His tally of four now stands alone at the top of the record list, ahead of compatriots Alpine skier Jean-Claude Killy, cyclist Paul Masson, track cyclist Félicia Ballanger, canoeist Tony Estanguet and track and field athlete Marie-José Pérec all on a total of three golds.

"I finished second in the mass start in Vancouver [2010], four years ago in Sochi I was fighting for the gold with Emil and I lost by less than three centimetres, and I thought about that during the whole last loop because I thought this would happen again," said Fourcade.

"When I saw the line, I had a deep feeling that I'd lost.

"It means a lot because today I'm the best French Winter Olympian and that means a lot to me because I'm a big fan of sport.

"I grew up watching the Olympics on TV so to be the best French athlete at the Olympics is not something I was fighting for, but I'm so proud of."