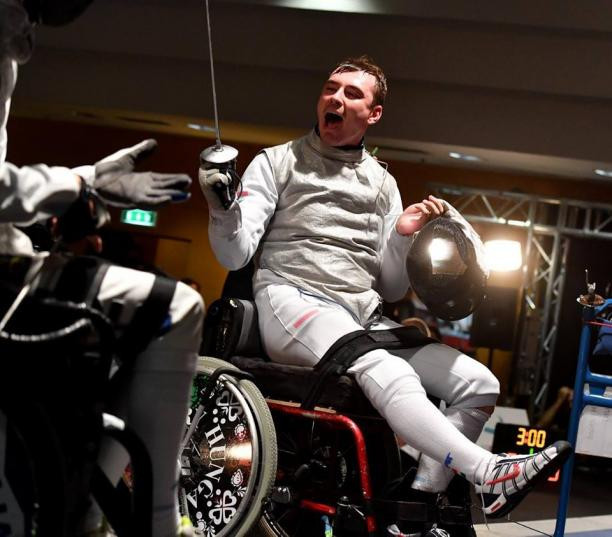 Hungary's Richard Osváth claimed his second title of the week on the final day of the International Wheelchair and Amputee Sports Federation Wheelchair Fencing World Cup in Eger.

The three-time Paralympic medallist followed up his foil gold medal from day one with another victory on the final day of the competition at the Hotel Eger and Park.

Alessio Sarri recovered from his final defeat in yesterday's men's épée category B event to take gold in today's sabre men's category B competition, which he secured with a 15-9 win over Grzegorz Pluta of Poland.

Ukraine's Nataliia Morkvych claimed the title in the women's sabre A category thanks to a 15-10 win over Andrea Eva Hajmasi of host country Hungary.

Just as Sarri did in the men's sabre B category event, Georgia's Irma Khetsuriani, who won a World Championship gold medal in November, put the disappointment of her defeat in yesterday's foil final behind her to claim gold in the sabre B category competition with a 15-6 victory over Olena Fedota of Ukraine.

The final day of event saw the team competition take place in which nine athletes from each country took part in individual matches with their scores added together to make up a team total.

London 2012 silver medallists Hungary gave the home fans something to celebrate as they secured the women's épée team title thanks to a 45-41 victory over Russia.

There was more disappointment for Russia as they also lost the men's foil team final to Poland by a 45-43 scoreline.