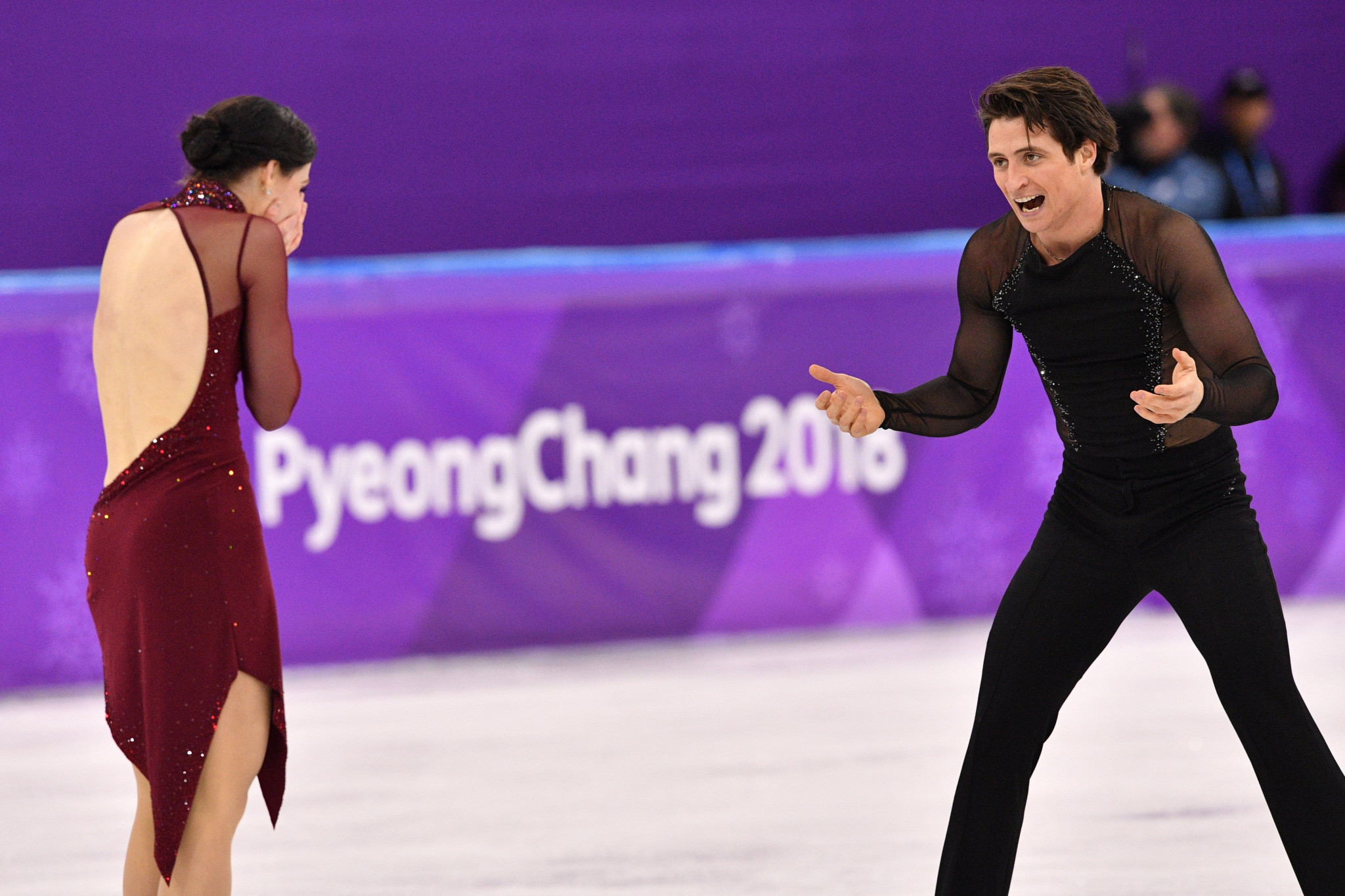 The Vancouver 2010 gold medallists finished with a world record total score of 206.07 points after managing 122.40 in today's free dance at the Gangneung Ice Arena.

In what is likely to be their final competitive performance before retiring, they beat France’s Gabriella Papadakis and Guillaume Cizeron, their training partners in Montreal, by a margin of 0.79 points.

Papadakis and Cizeron skated in the free dance before Virtue and Moir, registering a world record score of 123.35 points

It gave them a two-dance total of 205.28 points, which was also a world record before Virtue and Moir broke it again shortly after.

"Amazing," Virtue, a silver medallist with Moir at Sochi 2014, said on winning gold.

"It was a special moment to come out last.

"It was a strong last group.

"There was a lot of pressure, but I'm so happy with how we performed."

As well as their three ice dancing medals, Virtue and Moir have also won team gold here at Pyeongchang 2018 and silver at Sochi 2014.

The total haul of five breaks a tie with Russia's Evgeni Plushenko and Sweden's Gillis Grafstrom for the most Olympic medals in figure skating.

Virtue and Moir have also equalled the record for Olympic gold medals shared by Grafstrom, Sonja Henie of Norway and Irina Rodnina, who represented the Soviet Union.

American siblings Maia and Alex Shibutani were the bronze medallists today with 192.59 points.

"It feels like gold - it's unbelievable," Alex Shibutani said.

"I am so proud of the way we fought through this week and the season.

"We are so emotional."

Virtue and Moir held a 1.74-point lead over Papadakis and Cizeron after yesterday’s short dance segment, which saw them set a world record of 83.67.

Figure skating medal action at Pyeongchang 2018 is due to conclude on Friday (February 23), when the free skating element of the women’s singles event is scheduled.

The short programme is set to be held tomorrow.