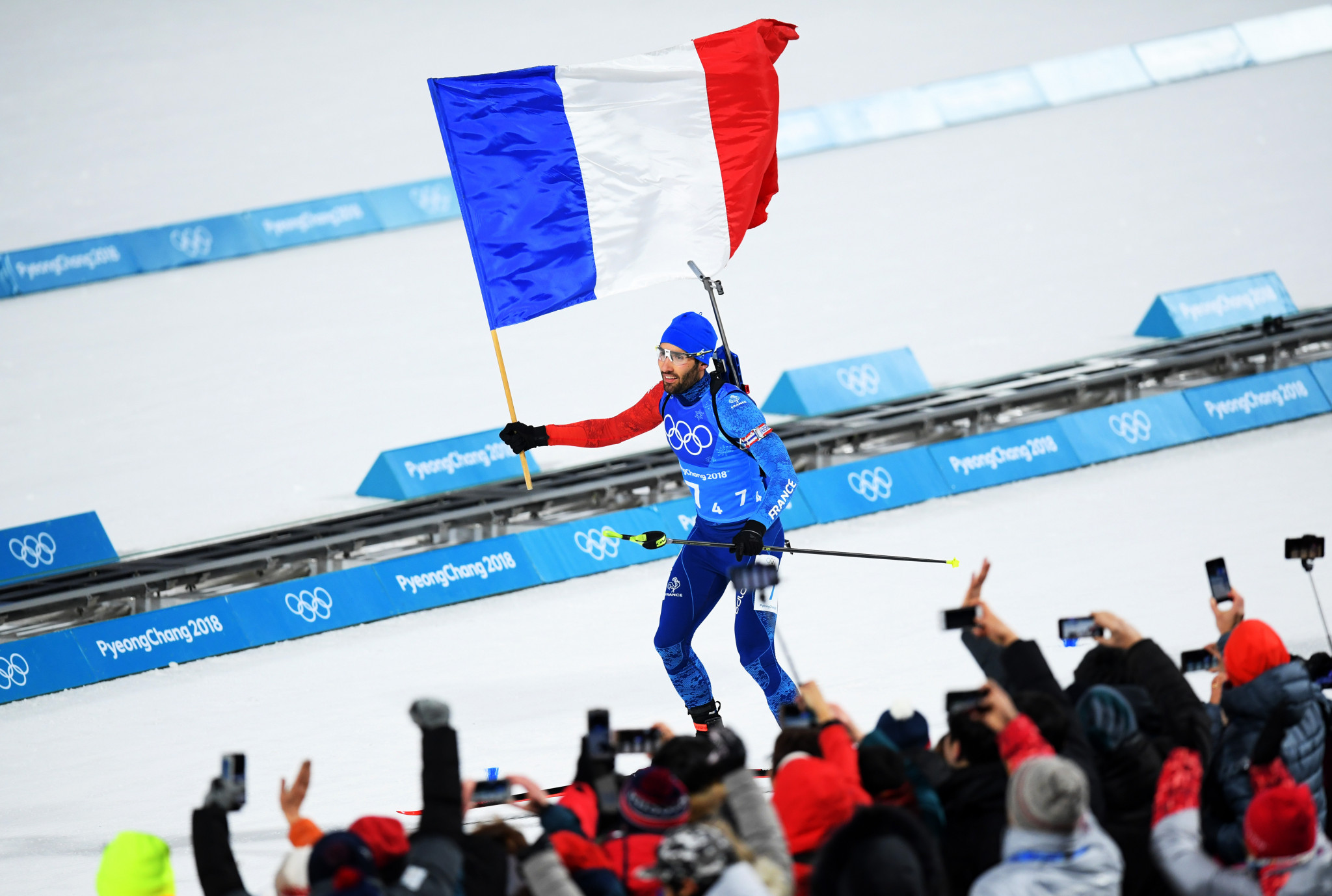 A stunning final leg from Martin Fourcade propelled France to the mixed relay gold as he wiped out a huge German lead to secure his third biathlon medal of Pyeongchang 2018 and fifth Winter Olympic Games title of his career here today.

Fourcade trailed Arnd Peiffer by almost 38 seconds at the fourth leg exchange but caught and passed the German, whose error on the prone shooting stage proved costly, before crossing the line in a total time of 1 hour 8min 34.3sec.

Norway hauled themselves back from nowhere to take the silver medal, thanks largely to the efforts of Johannes Thingnes Bø and Emil Hegle Svendsen, 20.9 seconds adrift of France.

Italy were the recipients of the bronze medal but their third place was only confirmed over half-an-hour after the conclusion of the race following an unsuccessful protest from Germany.

The German team had appealed after claiming Dominik Windisch had made Peiffer alter his speed with an illegal move in the home straight.

But the day belonged to Fourcade and the French team, which also included Marie Dorin Habert, Anais Bescond and Simon Desthieux.

Norway, whose side featured Bø, Svendsen, Marte Olsbu and Tiril Eckhoff, had seemed out of medal contention after struggling in the two women's six kilometres legs.

Italy had led through the early stages but were overtaken by Germany as Laura Dahlemier, a winner of two Olympic individual gold medals at the Games here, spearheaded her team to the front.

Her efforts, combined with an assured display from Erik Lesser, left Germany the overwhelming favourites to secure the crown.

Peiffer, a late replacement for unwell mass start silver medallist Simon Schempp as anchor, had a healthy lead going into the fourth and final leg and would have hoped for a largely processional run.

Fourcade had other ideas, however, and gradually began to eat into the German's lead.

Peiffer seemingly felt the pressure as he missed two shots at his first shooting stage and he never recovered as Fourcade surged to the front.

Once the superstar Frenchman shot clean in the last shooting section, victory was assured and he even had time to collect a flag from the crowd before crossing the line to further cement his status as the best biathlete on the planet.