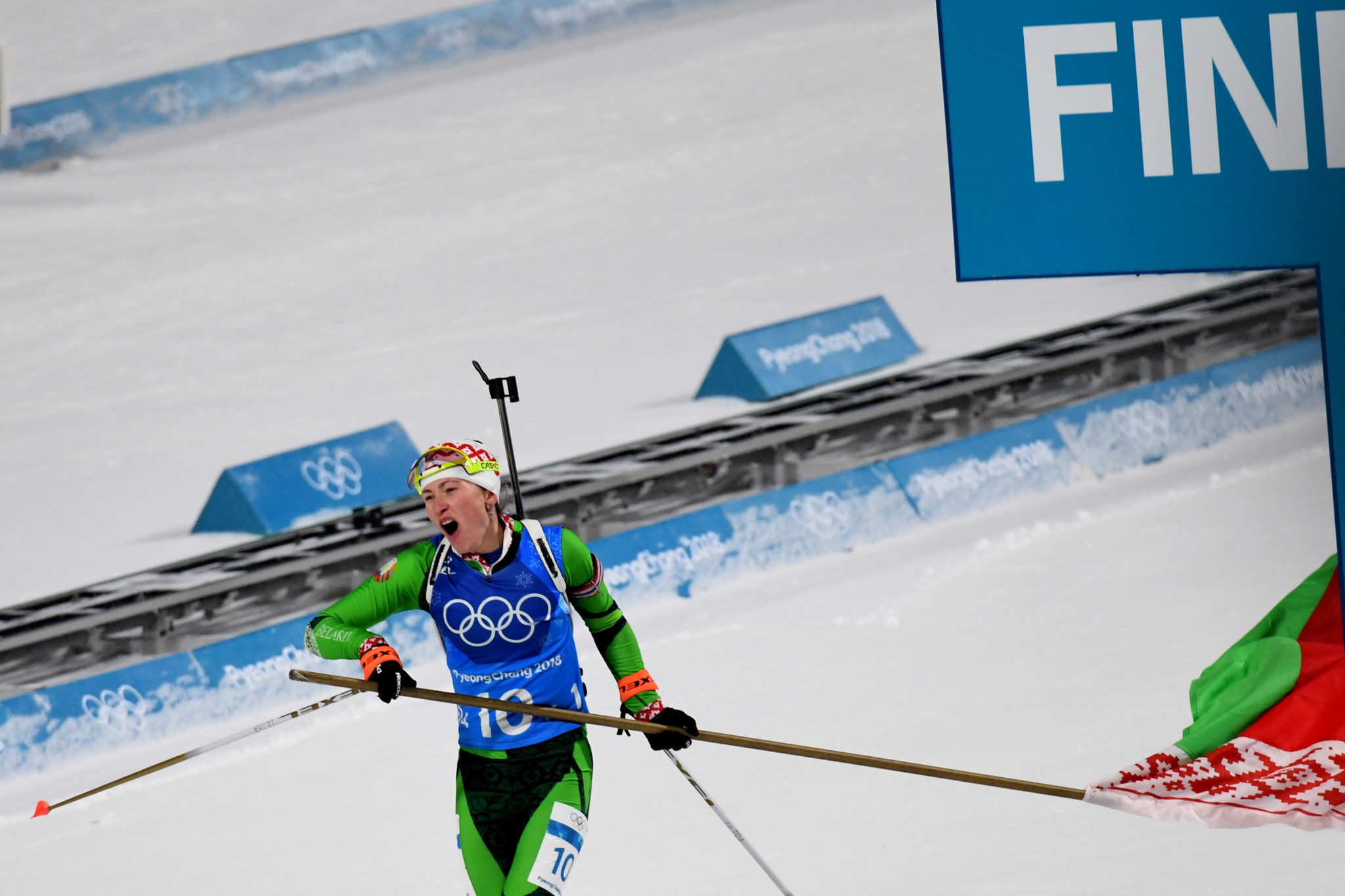 Darya Domracheva spearheaded Belarus to victory in the women's 4x6 kilometres relay to secure the fourth Winter Olympic Games title of her career at Pyeongchang 2018 today.

The 31-year-old, a winner of three gold medals at Sochi 2014, was given the anchor leg and rolled back the years with a vintage display to beat Sweden's Hanna Öberg and Anais Bescond of France in a thrilling sprint finale.

Domracheva crossed the line in a total time of 1 hour 12min 03.4sec to seal the Olympic crown for Belarus, whose team also featured Nadezhda Skardino, Iryna Kryuko and Dzinara Alimbekava.

Sweden, whose quartet comprised of Öberg, Linn Persson, Mona Brorsson and Anna Magnusson, were not far behind in second as they finished in 1:12:14.1.

Bescond led the French charge on the fourth and final leg but fell short of her two compatriots, stopping the clock at 1:12:21.0.

The result ensured Belarus stood atop an Olympic women's relay podium for the first time.

Laura Dahlmeier could have joined Domracheva in achieving the feat but Germany, the pre-race favourites, put in a disappointing performance and ended outside the medals in eighth.

The relay squad's triumph also delivered a second title for Belarus at Pyeongchang 2018.

"It was very high pressure and a lot of challenges from the first day of the Olympic Games," said Domracheva.

"I think all these troubles caused this gold medal.