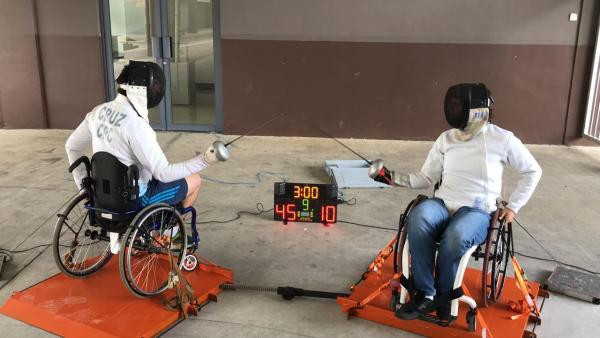 A wheelchair fencing development academy has been launched in Costa Rica in a bid to increase the amount of participants in the sport in the country.

The programme, initiated by the Costa Rican Fencing Federation (FGC) and the National Paralympic Committee for Costa Rica (CPNCRC), aims to attract those with physical impairments into fencing.

It is hoped the focus on the development of wheelchair fencing will have similar success to other schemes in the country in sports such as wheelchair basketball, swimming, athletics, cycling and volleyball.

"We are very happy and excited to develop fencing for athletes with impairments in our country," FGC President Luis Cruz said.

Cruz added: "The idea is to motivate people to practice a sport.

"That's why we want to open an academy to motivate and detect talent that in the future could represent Costa Rica in national and international tournaments."

Andrés Carvajal, President of the CPNCRC, claimed he was confident the initiative would help grow the sport of wheelchair fencing in the country.

"We are sure that wheelchair fencing will be on the list of Costa Rican sports that make up the Paralympic Movement worldwide," he said.