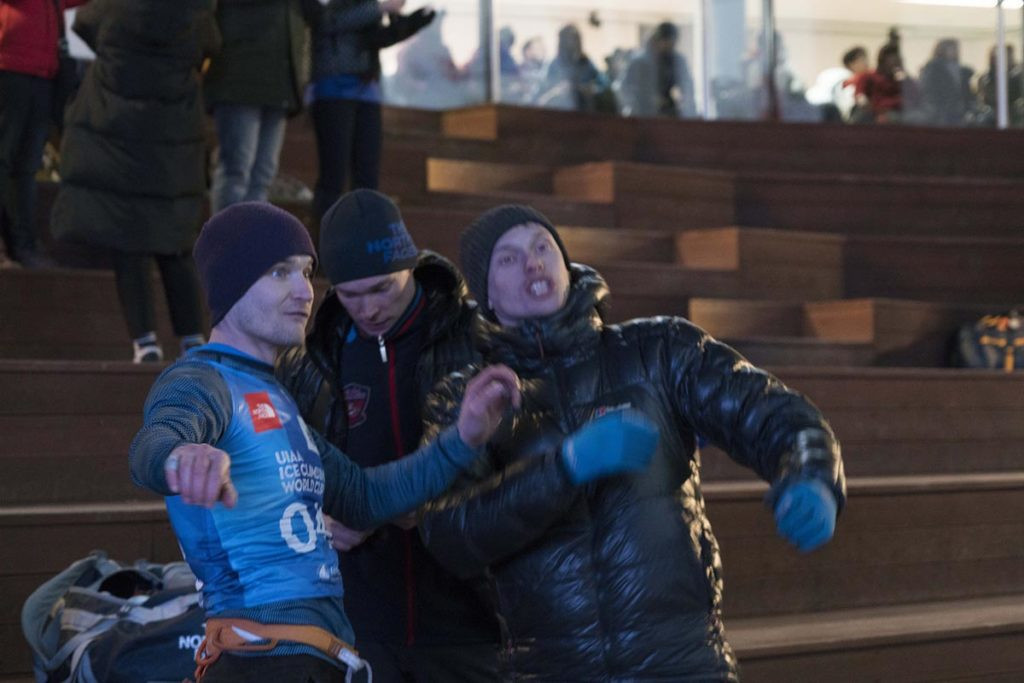 Russia’s Alexey Dengin, overall leader in the men's lead event, surprisingly failed to reach tomorrow’s final in the home city of Kirov at the fifth and last stop on the International Climbing and Mountaineering Federation (UIAA) Ice Climbing World Tour.

Dengin, whose victory in Cheongsong last month was his third in the last four World Cup competitions, had qualified joint first for today’s semi-finals along with three other Russian climbers.

But he could only finish tenth, two places out of the eight finalists, after scoring 8.212 points.

Dengin’s compatriot Nikolai Kuzovlev qualified first for the final after becoming the only climber to top the route.

Russia’s Maria Tolokonia topped the qualifers in the women’s lead semi-finals ahead of compatriots Ekaterina Vlasova and Maryam Filippova.

Two other Russians have also made the cut – Mariia Edler and Nadezda Gallyamova.

But the two top South Korean women, overall leader Shin Woonseon and Song Han Na Rai, have also made the final eight, along with Marianne Steen of The Netherlands.