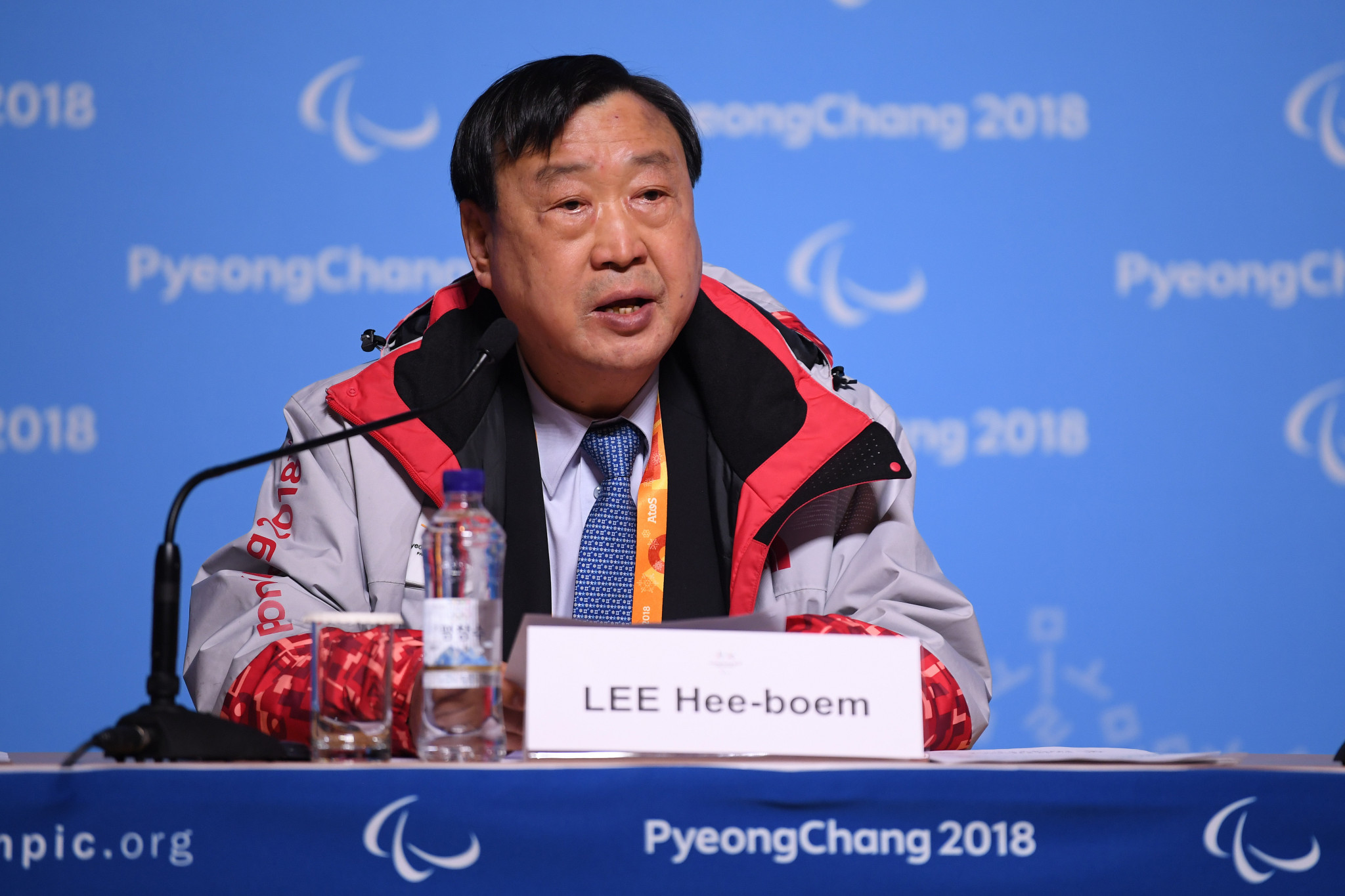 Pyeongchang 2018 President Lee Hee-beom has claimed he feels "very proud" that progress is being made in talks between North and South Korea following last month's Winter Olympic Games here.

Earlier this week, the South Korea President's office said North Korea is willing to talk about getting rid of its nuclear weapons if its own safety can be guaranteed.

It is claimed the subject was raised when South Korea's officials met with North Korea’s leader Kim Jong-un during a rare visit to Pyongyang.

Kim is also said to be open to talks with the United States and pausing weapons testing.

North Korea sent a 500-member delegation to the 2018 Winter Olympics, with relations between the two Koreas claimed to have thawed during that time.

Athletes from both Koreas marched out under a unified flag at the Games' Opening Ceremony in a show of solidarity, while there was also a joint Korean women's ice hockey team.

Speaking here today on the eve of the Winter Paralympic Games, Lee expressed his pleasure over the recent developments.

"As I mentioned during my closing remarks at the Olympic Games Closing Ceremony, with North Korea and South Korea entering together at the Opening Ceremony and forming a unified team of the two Koreas, I think that this mode of peace is now going beyond the Games," he said.

"We hope that this can spread peace on the Korean peninsula and Northeast Asia, and also around the world.

"This process that has been seen recently is reflecting my hopes on that point so I feel very proud and I feel it is a positive note."

Kim reportedly claimed last month he wanted to boost the "warm climate of reconciliation and dialogue" with South Korea after a high-level delegation, including his sister Kim Yo-jong, returned from Pyeongchang.

He and South Korean President Moon Jae-in are said to have agreed to meet at a summit in the truce village of Panmunjom next month.

It will be the first meeting of its kind for more than a decade and the first since Kim took power in North Korea.

The countries have also agreed to open a hotline between Kim and Moon.

South Korean envoys are expected to visit Washington later this week to brief US officials on their talks in North Korea.

Local media say they will bring a private message from Kim.

US President Donald Trump described the recent rhetoric coming out of North and South Korea as "very positive".

"Possible progress being made in talks with North Korea," he tweeted.

"For the first time in many years, a serious effort is being made by all parties concerned.

"The world is watching and waiting!

"May be false hope, but the US is ready to go hard in either direction!"

North Korea has sent six athletes to the Winter Paralympics, but only two - Nordic skiers Kim Jong-hyon and Ma Yu-chol - will compete.

It will be the first time the country has participated at a Winter Paralympics.

"Of course, the participation of North Korea with two Nordic skiers is extremely significant and sends out a strong message of peace through sport," International Paralympic Committee President Andrew Parsons said.

"We are also interested in the message back to North Korea, in terms of what their participation at these Winter Games can generate when it comes to persons with an impairment in that country."

Today's comments, however, were made before the late announcement that North and South Korea will march separately at tomorrow's Pyeongchang 2018 Opening Ceremony, demonstrating that the relations between the two countries are perhaps not as amicable as previously thought.