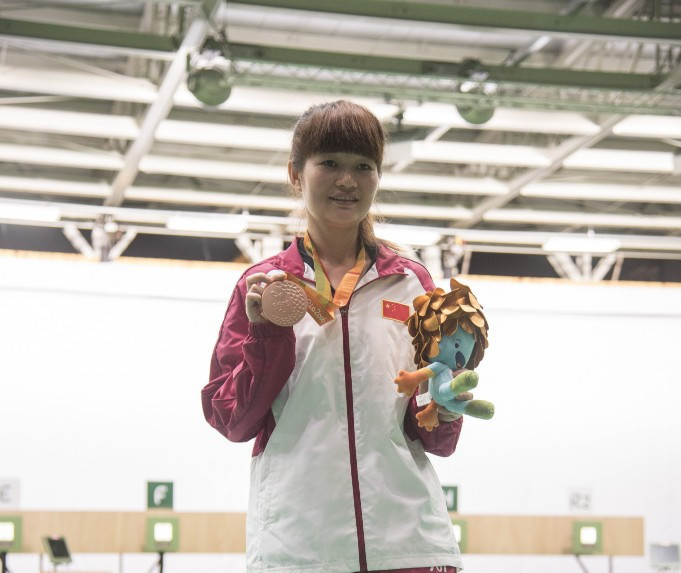 Yan, the Paralympic bronze medallist in the 10m air rifle events, was on target throughout the day but finished particularly strongly at the Al Ain Equestrian, Shooting and Golf Club.

This saw her win by three in front of Slovakia's three-time Paralympic champion Veronika Vadovicova.

Anna Normann of Sweden finished third on 434.6 and Zhang Cuiping of China was fourth on 423.2.

The event is the first major competition of the year in the sport.

Lou won with 235.6 to win by a single point over Manish Narwal of India.