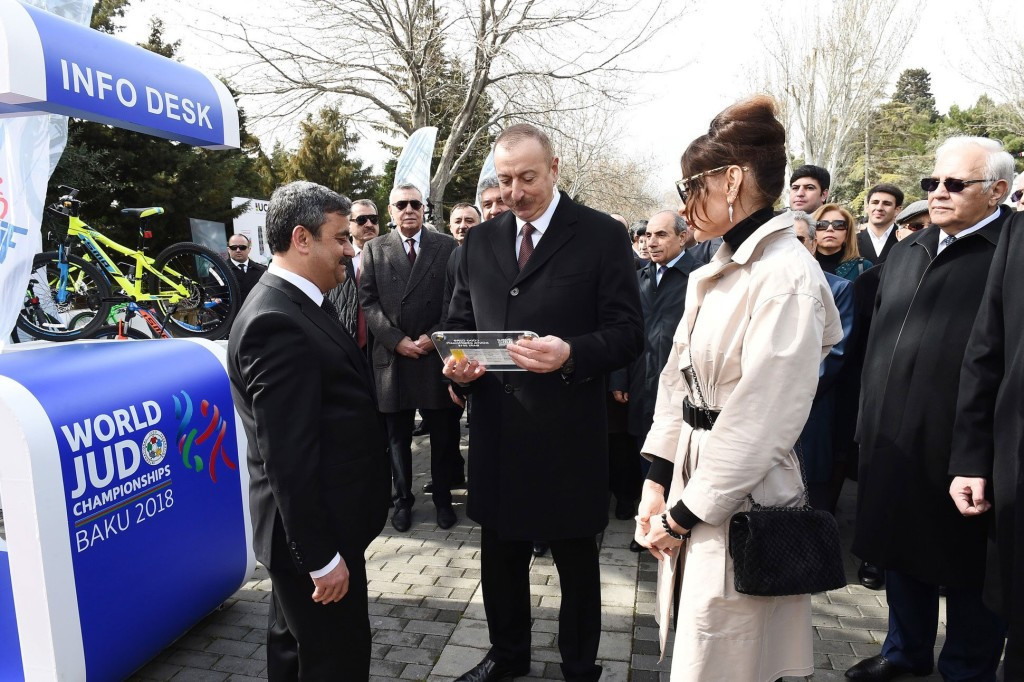 Ilham Aliyev, the President of Azerbaijan, has been officially handed the first ticket for this year's International Judo Federation World Championships in the country's capital Baku.

The politician received the ticket from Sadig Sadigov, the vice president of the country's National Judo Federation.

Young judokas then performed a demonstration of the sport as the city gears up to host the flagship IJF event between September 20 and 27 this year.

Baku has been a regular fixture on the IJF circuit, hosting an annual top-tier Grand Slam event.

However, the 2015 European Games host has never staged the World Championships.

Olympic qualification points will be available at this year's event, when judoka will be well on the road to Tokyo 2020.

"Organising a Judo World Championship that is a week long is a real challenge that the Azerbaijan Federation is ready to take up," an IJF statement said.

"Dozens of delegations from all over the world must be accommodated, and thousands of spectators, knowing that judo is a major sport in the country, as well as the media coming from five continents will be present in Baku."

The IJF will film a new episode of its Judo for the World series in Azerbaijan in May.

"We will meet great champions and we will discover what makes judo a major player in the sport in the country," they said.