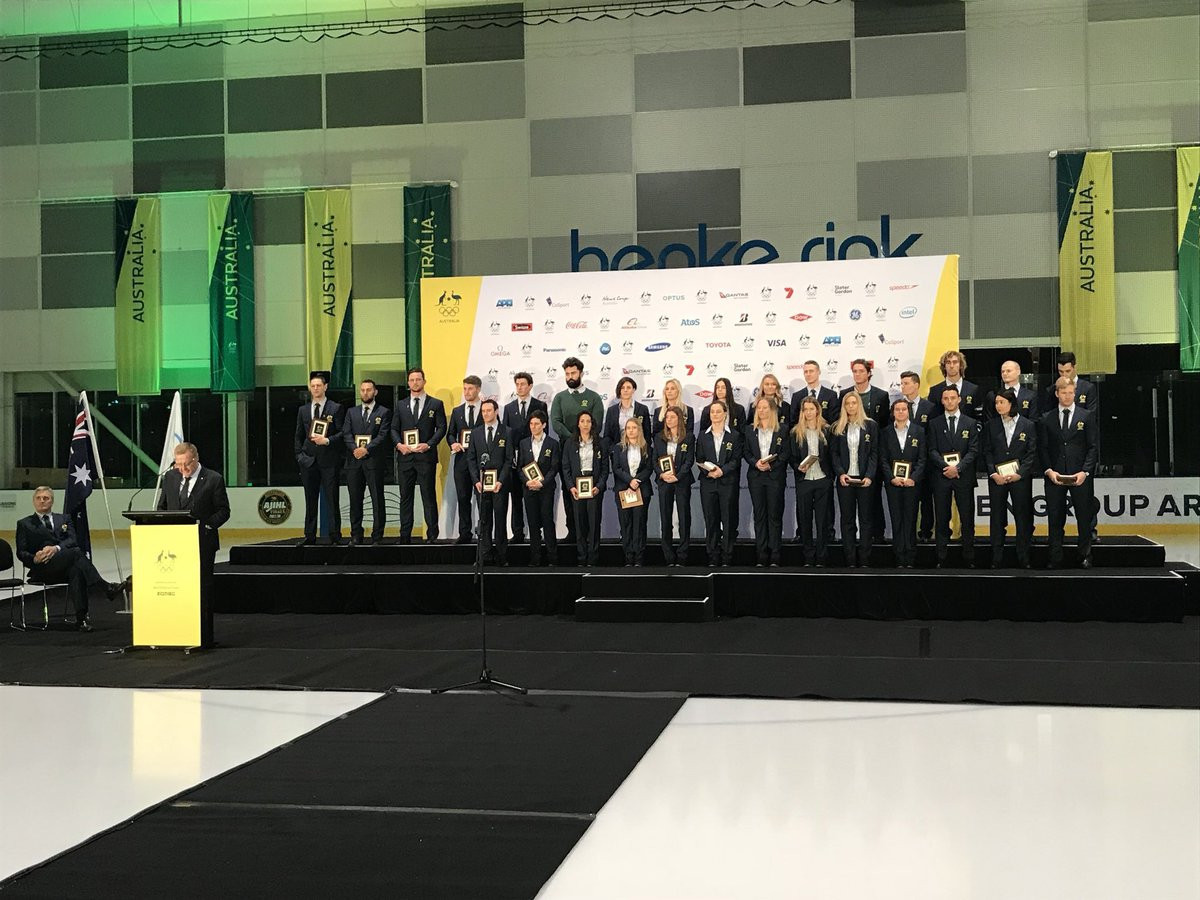 A special "Welcome Home" ceremony has been held for the Australian team who won three medals at last month's Winter Olympics in Pyeongchang.

A total of 31 of the 51-strong team participated in the event at the O'Brien Group Arena ice rink in Melbourne.

Matt Graham and Jarryd Hughes each won silver medals in their respective moguls and snowboard cross finals in the South Korean resort.

"It was amazing to see all the Team again today, it’s always a really exciting time when you get to reflect on all the memories from Pyeongchang with the rest of the Team and everyone seems happy and healthy which is fantastic," James, also the Australian flagbearer at the Opening Ceremony, said.

"My reception back in Australia has been quite overwhelming, it’s been amazing. "

James added: "I’ve had a lot of amazing support and people coming up and saying ‘Hi’ which is fantastic.

"It was really cool that they got to watch my event and we were able to put on a good show and display snowboarding like we wanted too."

The 36-year-old freestyle skier won an Olympic aerials gold medal at Vancouver 2010 and silver at Sochi 2014 before going out in qualifying at Pyeongchang 2018.

"She set the bar high in terms of courage and commitment, more than once coming back after horrific injuries," Coates said.

"And she did all this while showing at the same time that it’s possible to be an elite athlete and mix that with being a wonderful mother, to two sons Kai and Alek, and wife of husband Lauri."