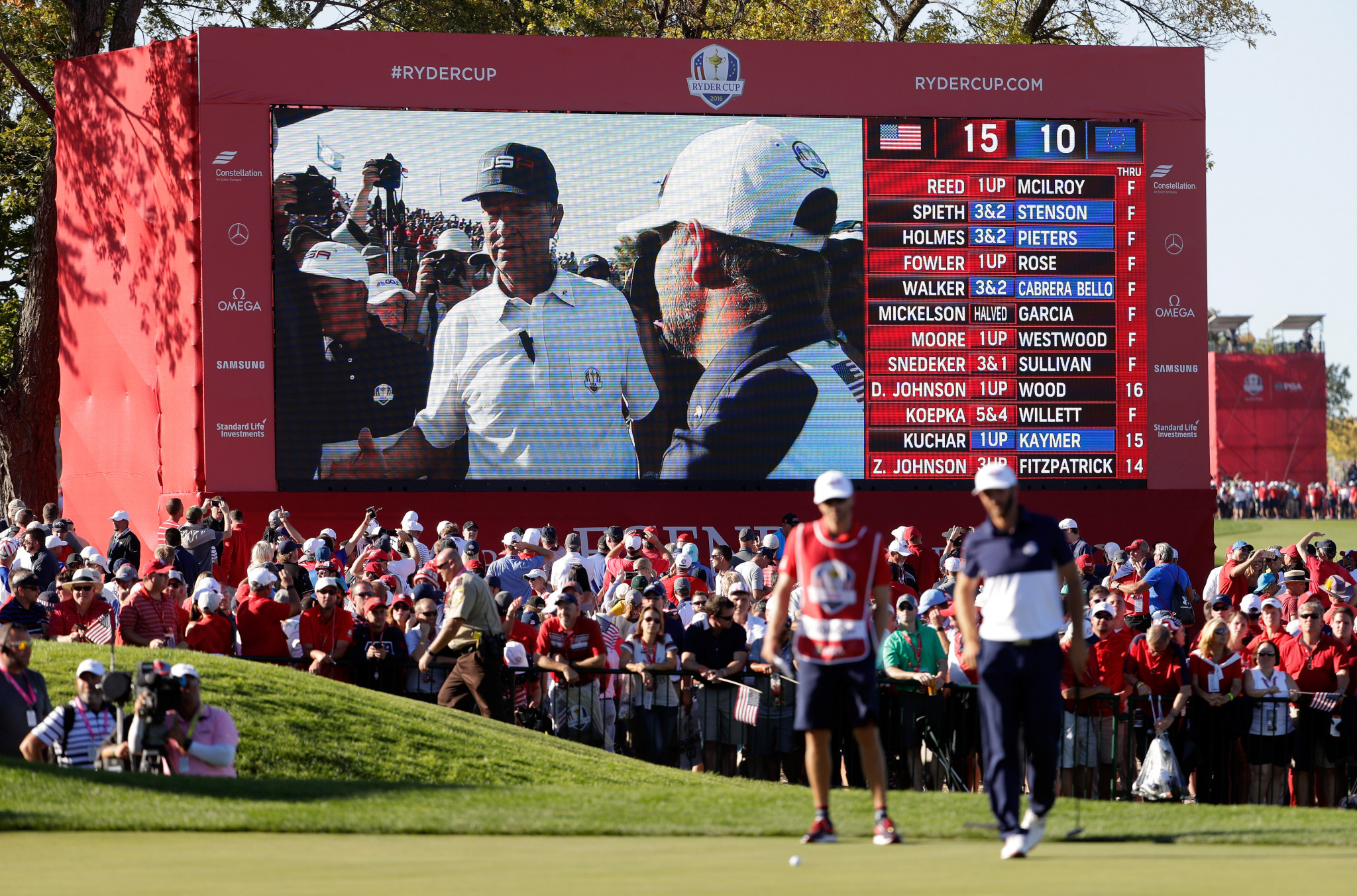 The Hazeltine National Golf Club in Minnesota will become the first American venue to host a second Ryder Cup after being announced as the location for the 2028 edition today.

It follows a 2016 edition there won 17-11 by the home side for the first United States victory at the biennial event since 2008.

A crowd of 50,000 or more attended each day of the 2016 event, where a heated and partisan atmosphere led to confrontations between spectators and the European team.

"That's the main reason it's coming back," he told the Star Tribune.

"We're so excited here because it's historic.

We’ve got some news... pic.twitter.com/y6gaYajPCZ

The next edition of the Ryder Cup will take place at France's Le Golf National in September.

Whistling Straits in Wisconsin will play host in 2020, Marco Simone in Rome in 2022, and Bethpage Black in New York in 2024.

The Olympic Club in San Francisco was announced as the 2032 host last year.

The Belfry in England remains the most popular Ryder Cup venue after playing host four times, but not since 2002.