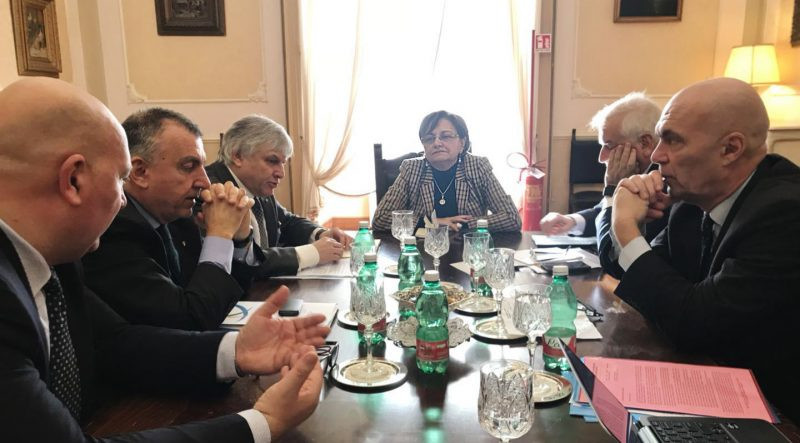 The International University Sports Federation (FISU) have expressed their satisfaction at ongoing preparations for the Naples 2019 Summer Universiade.

A FISU delegation completed an inspection in what was described as an "intense and productive week" by Naples 2019 organisers.

The delegation aimed to analyse all aspects of the event and to expand relationships with newly-appointed extraordinary commissioner Luisa Latella and the Italian National Olympic Committee (CONI).

FISU Summer Universiade director Marc Vandenplans said: "The last five days have been fundamental and there are very good signs.

"The extraordinary commissioner is helping to speed up many essential aspects.

"It's clear that we can't lower our guard, but we must keep pushing.

"In three months, invitations to tender for venues, television production and workforce must be ready.

"Help from the Italian University Sports Federation (CUSI) and CONI will be well accepted."

Naples was officially confirmed as the host in May 2016, following a reopened bidding process after Brasilia withdrew in January 2015.

The Brazilian capital was unable to meet financial commitments, leaving the Italian city with a tight time-frame to prepare.

Jean-Paul Clemencon, director of the Summer Universiade Technical Committee, added: "Venues need to be checked, but the whole situation is good for every discipline hosted in this edition which, for me, will have a particular fascination as I started my career with [former President of the International Association of Athletics Federations] Primo Nebiolo."

Latella outlined the work that Naples 2019 organisers have been doing.

"It's not easy, but we have to do it for the benefits that this experience will bring to Napoli and Campania, in terms of improvement of infrastructure and image," she said.

"We are working every day, even when we were waiting for the approval of the Court of Auditors, to make all the necessary preparations.

"CONI is already evaluating the executive projects and hope to launch invitations to tender in a month.

"Moreover, other agreements must be stipulated, for example with the National Anti-Corruption Authority.

"We want to engage all the universities of the region because we need 10,000 volunteers and we rely on the help of every subject involved."

The next FISU inspection of Naples is scheduled to take place after Easter.