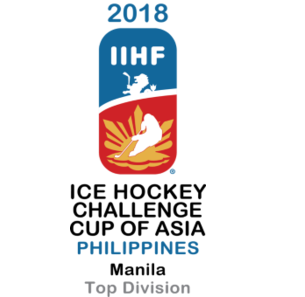 The Philippines earned their first win of the tournament at the 2018 International Ice Hockey Federation Challenge Cup of Asia with a convincing victory over Kuwait.

In front of a crowd of 467, the biggest seen at the competition so far at the SM Mall of Asia Ice Skating Rink in Pasay, the host nation proved dominant from the start and raced into a 4-0 lead in the first period.

They continued this dominance in the second and put even more pressure on their Kuwaiti opponents, eventually scoring a further six goals to make it 10-0 going into the final period.

With victory all but secured, The Philippines took their foot off the accelerator in the third and final period but still won it 3-0, giving them a 13-0 win overall.

Earlier, Thailand, who beat The Philippines on the opening day of the competition, increased their lead at the top of the table thanks to an 11-0 win over Singapore.

The hosts are due to be back in action tomorrow as they take on Mongolia in the only match of the day.

Defending champions United Arab Emirates are not defending their title this year.

The team who finish bottom of the standings when the tournament concludes on Sunday (April 8) will be relegated to the second tier.

Malaysia won the Second Division last month and will be promoted to the top division for next year's event.