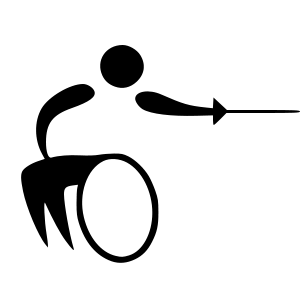 He competed in swimming and wheelchair fencing at the Paralympic Games.

He won a Paralympic bronze medal as part of Britain's épée team at Heidelberg 1972.

Clark took his fourth medal at Stoke Mandeville/New York 1984, a bronze in the men’s foil individual 4-5.

He was also a wheelchair basketball player for the Thistle Wheelchair Basketball Club based in Edinburgh and was an active member of Scottish Disability Sport.