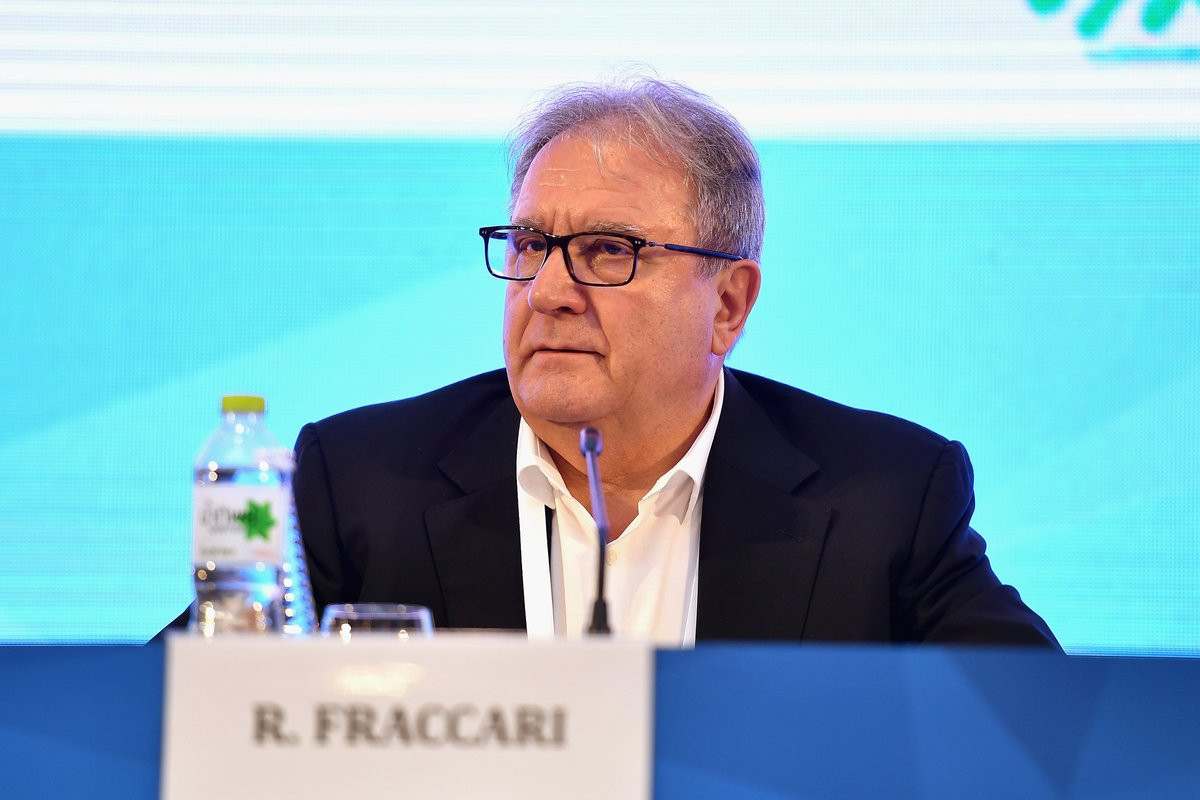 Riccardo Fraccari has been appointed as secretary general of the Association of Recognised International Sports Federations (ARISF) after a feisty Annual General Meeting (AGM) here at the SportAccord Summit in Bangkok.

Riccardo Fraccari, who is also President of the World Baseball Softball Confederation (WBSC), had been serving as acting secretary general of ARISF after Susanne Schödel, the general secretary of the World Air Sports Federation (FAI), stepped down from the role.

Schödel was only appointed as ARISF secretary general to replace Fraccari at last year’s AGM in April.

The official reason given for her departure is that Schödel would not have enough time to work for ARISF as the FAI have seen two new events added to their programme - indoor skydiving and drone racing.

Some, however, believe that a swift deterioration in relations between her and ARISF President Raffaele Chiulli soon after being appointed also played a role - although her departure was not formally communicated until November last year.

Hollowell eventually won the election by 24 votes to nine.

Although the 38 international federations in ARISF were asked to put forward candidates for the vacant general secretary role, none of them chose to do so, meaning Fraccari was appointed unopposed by acclamation.

Delegates at today’s AGM, however, were not given a chance to abstain or protest against Fraccari’s appointment after being told that an election was “not necessary” as the ARISF constitution allows for election by acclamation.

It means that Italian officials fill the top two positions in the organisation.

Today’s AGM also saw ARISF questioned about their financial accounts, with International Korfball Federation President Jan Fransoo stating: "I noticed that the contribution from the International Olympic Committee (IOC) has been more than doubled for administration whilst the contribution to the development fund for us as members has not increased.

"Effectively it has decreased for each of us as the number of members has increased.

"With the huge increase in administration funding, it is not clear to me what additional funding we as members have received."

IOC head of sport partnerships and co-ordination Jenny Mann interjected to respond by explaining that a new financial plan in which ARISF members will receive all contributions directly is in its final stages of approval and she been signed-off and announced imminently.

Representatives from the World Chess Federation also asked why ARISF were so reliant on the IOC for funding rather than raising money themselves, despite setting up a commission to tackle this issue last year.