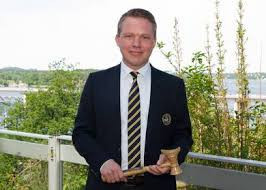 IIHF President Rene Fasel recently said that both Sweden and the Czech Republic were interested in hosting the tournament.

Speaking to Russia's official state news agency TASS, SIHA chairman Anders Larsson did not deny the claims and said that, while there are no concrete plans to submit a bid for the 2023 IIHF World Championship at the moment, they are looking to host the tournament for the first time since 2013.

"There are plans for the SIHA to host the 2023 World Championship or a later tournament," he said.

"As you know, we have not hosted a tournament since 2013.

"We are still working on the analysis of our application, therefore there is still no concrete decision regarding the 2023 tournament."

Alongside competition from the Czech Republic, Sweden would also have to see off a bid from Russia if they were to bid for the 2023 event.

Russian Ice Hockey Federation vice-president Roman Rotenberg recently confirmed that his organisation had submitted an application to host the tournament to the IIHF.

IIHF rules stipulate that countries wishing to host the 2023 World Championship must declare their formal interest to the federation by September 1.

The decision on who will host the tournament will be made at the IIHF Congress in May 2019 in the Slovakian capital Bratislava.

The 2018 IIHF World Championship is currently taking place in Danish cities Herning and Copenhagen with Sweden looking to defend their title.