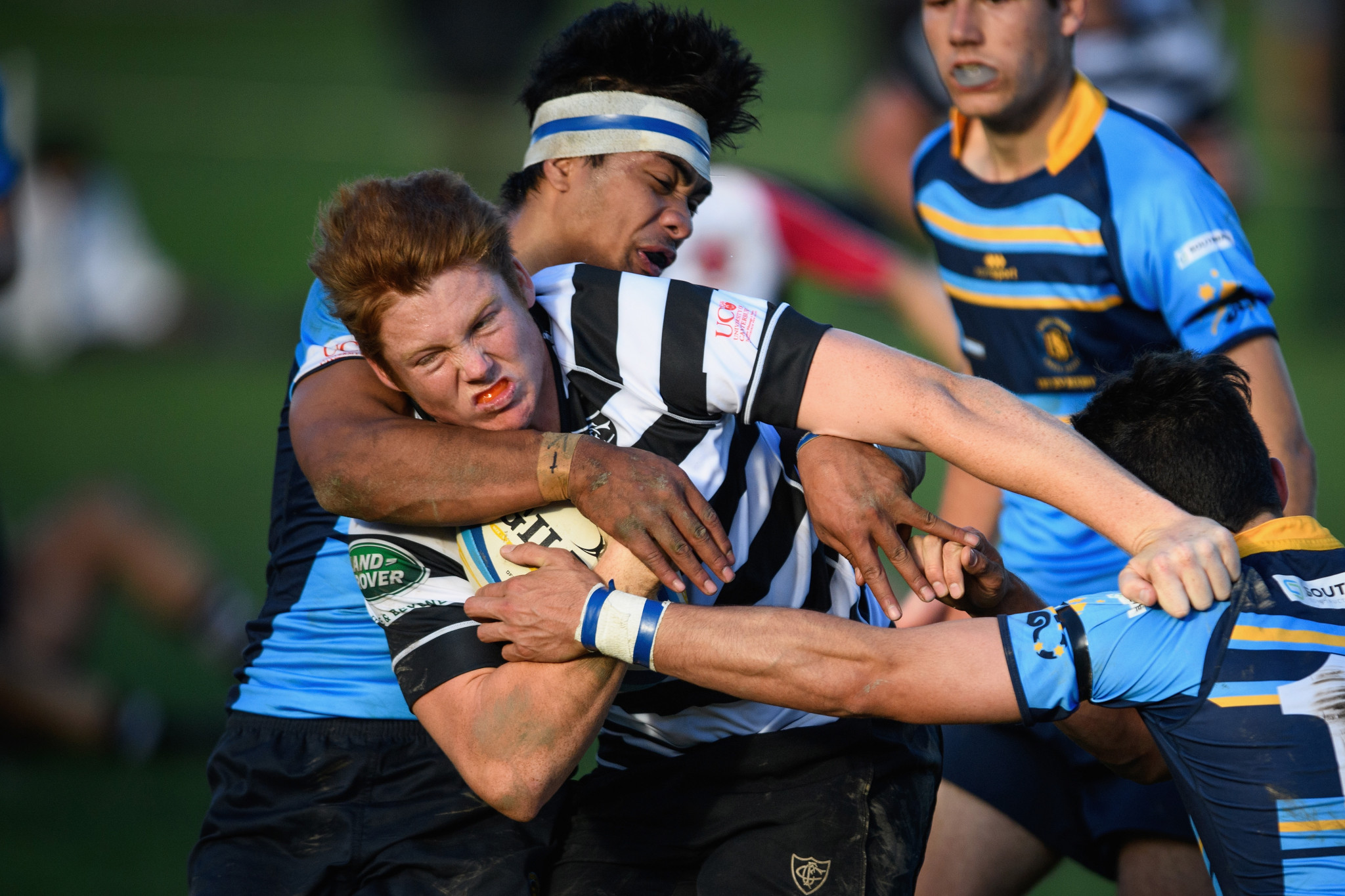 Two new laws affecting high tackles are to be trialled by World Rugby in an attempt to reduce the risk of head injuries.

The changes, which will be tested at events including the World Under-20 Championships beginning next week in France, include a reduction in the height of an acceptable tackle from the shoulder to "below the nipple line".

A high tackle warning will also be issued if the tackler does not bend at the waist when committing to the tackle and if there is clear head contact with either player.

Two warnings issued for the same player will result in a one-match suspension.

These proposed changes could lead to the eradicating of the choke tackle in which a defending team holds a player up to form a maul.

World Rugby claim that research revealed how 76 per cent of head injuries occurred while tackling and they believe that changes could reduce the risk of concussion and other injuries.

They found that 72 per cent of head injuries sustained in the tackle are suffered by the tackler themselves.

"Rugby is committed to an evidence-based approach to injury-prevention, and with the latest comprehensive research determining that tacklers who are upright carrying the greatest risk of head-injury, the trials are designed to change player behaviour by getting the tackler to attempt lower tackles and therefore lower the risk of injury," the world governing body said in a statement.

"As a result, the acceptable height of the tackle will be lowered through revised on-field and off-field sanctions, encouraging players to bend at the waist when attempting a tackle."

World Rugby chief medical officer Martin Raftery added that the "trial is designed to remove the tackler’s head from a high-risk situation through a deterrent based on a combination of law amendment, sanction and technique change".

High tackles that are missed during the match can also be retrospectively sanctioned.

This includes a provision that uncontested scrums must have eight players and that there is no conversion for a penalty try if scored under the posts.