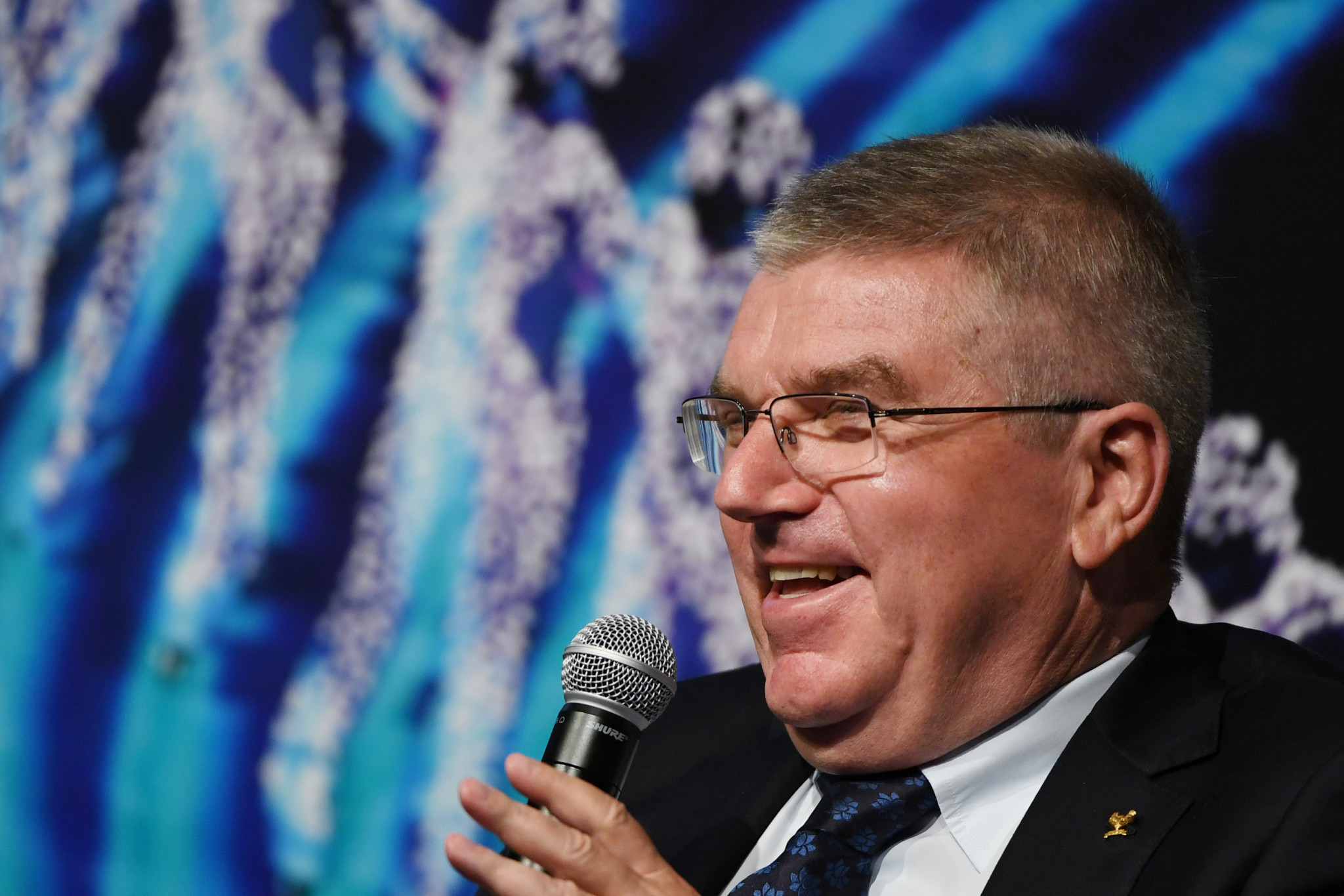 International Olympic Committee (IOC) President Thomas Bach has claimed here today that the official debrief of the Pyeongchang 2018 Winter Olympic Games has showed that the reforms of Olympic Agenda 2020 are now coming to fruition.

Bach was speaking at a press conference to mark the conclusion of the debrief's two-day strategic learning phase, which will be followed by an operational learning phase from tomorrow until Friday (June 8) in the host city of the 2022 Winter Olympic and Paralympic Games.

He was particularly keen to highlight Pyeongchang 2018 President Lee Hee-beom's claim yesterday that this year's Winter Olympics had achieved a multi-million dollar surplus.

Lee insisted the surplus was achieved thanks to Olympic Agenda 2020, the strategic road-map for the future of the Olympic Movement that was unanimously agreed at the 127th IOC Session in Monaco in December 2014.

"I think this debriefing showed that the reforms of Olympic Agenda 2020 are now really coming to fruition and you can see the tangible results of these reforms right now," Bach said.

"The most obvious one is maybe the announcement of Pyeongchang 2018 that the Pyeongchang Organising Committee has produced a multi-million dollar surplus even after not having fully benefited from the reforms of Olympic Agenda [2020].

"President Lee was very clear in his statement that this was only possible because of the reforms of Olympic Agenda 2020 and because of the close co-operation with the IOC.

"Secondly, it is very encouraging to see how Beijing 2022, which is the first city to fully benefit from Agenda 2020, is already tapping into its potential and is embracing Agenda 2020 in its different aspects.

"This makes us very confident about a really excellent Olympic Winter Games in four years' time here in Beijing."

Hosted by the IOC, the debrief provides an opportunity to share important strategic and operational learnings from Pyeongchang 2018.

Much of the discussion focused on the "New Norm" reforms, which were unveiled by the IOC in February in an attempt to cut the operational costs of running the Olympic Games.

It is claimed that the 118 measures, launched in a document entitled The New Norm, could cut as much as $1 billion (£748 million/€857 million) from the costs of staging a Summer Olympic Games and $500 million (£374 million/€429 million) for the Winter edition.

IOC vice-president Juan Antonio Samaranch, the interim chairman of the IOC Coordination Commission for Beijing 2022, expressed his confidence that the "New Norm" will have a positive impact on the next edition of the Winter Olympics.

"We talk always about this phenomenal Agenda 2020 and its practical implementation in organising the Games, which is the New Norm," he said in an earlier press conference.

"We discussed that at length and that is also going to be executed and implemented by Beijing 2022.

"Beijing 2022 will be the first Organising Committee to have the full opportunity to take advantage of that…and you will see, and the Committee will see, that it makes a difference."

Speaking in the same press conference as Samaranch, Christoph Dubi, the IOC executive director for the Olympic Games, said he is certain that Beijing 2022 will be cost effective in the same way as Pyeongchang 2018 is said to have been.

"Not only were the Games in Pyeongchang cost effective, they produced a financial profit as you heard yesterday from President Lee," Dubi said.

"So they should be commended and immensely congratulated for producing this profit.

"Now it comes to Beijing.

"Will they be cost effective as well?

"There is absolutely no doubt about this."

Lee earlier passed the Olympic Torch to Beijing Mayor Chen Jining, who said China’s capital will definitely utilise the knowledge it has learned over the past two days to create a "better" Beijing 2022.

"I believe this will lay the foundation for the future preparation of Beijing 2022," he added.