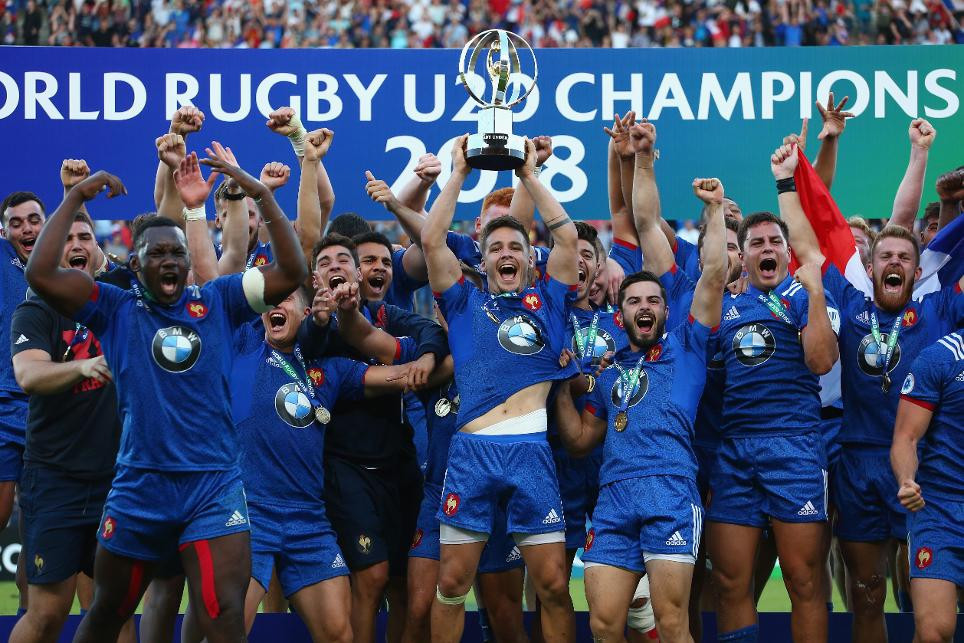 Hosts France beat England 33-25 in the World Rugby Under-20 Championship final to win the prestigious age-group event for the first time.

Fly-half Louis Carbonel did most of the damage for the home side at the Stade de la Méditerranée in Béziers, scoring 23 of his side's points through seven penalties and a conversion.

The French led 14-8 at half-time with their haul including the first try of the game scored by Cameron Woki.

England crossed the whitewash just before the break through Jordan Olowofela but his side could not get back into the game following the restart.

Carbonel's boot continued to add to the French lead thanks to the opposition's ill-discipline and when England's Joseph Heyes dotted down another try they were still eight points shy at 26-18 after the extras.

Adrien Seguret then crossed for a crucial French try and when Olowofela went over again for the English it was just a consolation.

"We were focused, we worked a lot and it's a great award for all of the work that we have done.

"We were very united.

"It's a moment of history, we wanted to win for ourselves, for this group of players and staff.

"We are very proud of what we have done."

The Kiwis had to settle for fourth this time, losing today's play-off 40-30 to South Africa.