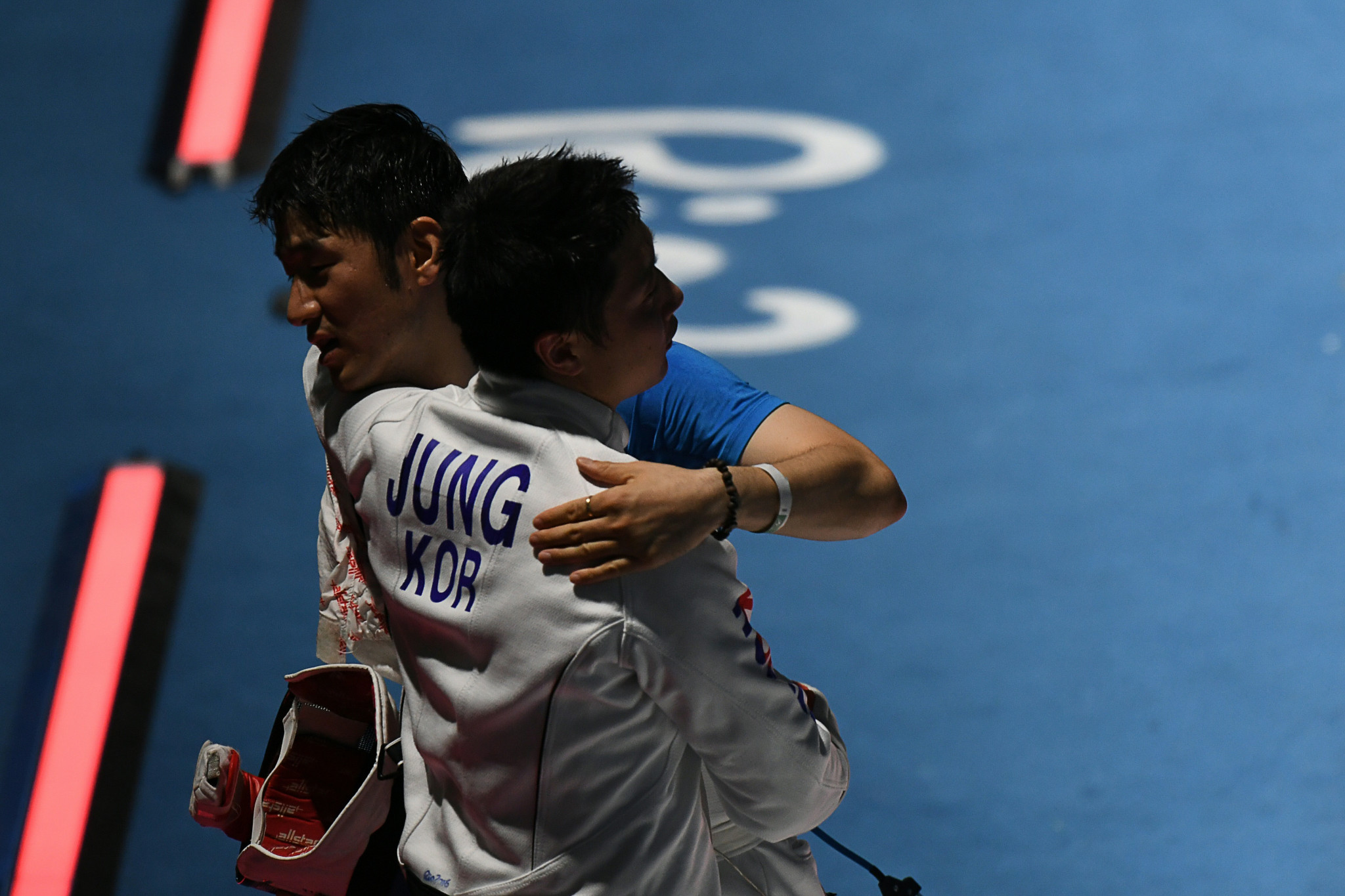 In doing so the 34-year-old right-handed fencer beat Kazakhstan's Dmitriy Alexanin in the final by 15 points to 12, to add to his extensive medal collection that includes a bronze from the London 2012 Olympics.

Jung's wins in both the semi-finals and quarter-finals were only marginally easier.

The South Korean beat Hong Kong national Ho Tin Ng in the quarters 15-11, before beating another man from Hong Kong, Hoi Sun Fong, by the same scoreline in the semi-finals.

Also taking place today was the men's sabre event at the European Championships in Novi Sad in Serbia.

Hartung's route to the final saw him beat the Hungarian Aron Szilagyi in his quarter-final, before seeing off Georgian Sandro Bazadze in a very tense semi final 15-14.

Having come off on the wrong end of such a close semi-final, Bazadze went on to win the bronze, beating another Russian Dmitriy Danilenko.

The women's epee in the European Championship was dominated by Estonian fencers.

The final was won by Katrina Lehis, who beat her compatriot Kristina Kuusk by one point, 15-14.

Kuusk herself had beaten another Estonian in the semi-final, Julia Beljajeva, 15-7, but it was a Russian who took the bronze as Violetta Kolobova won the play-off for third.