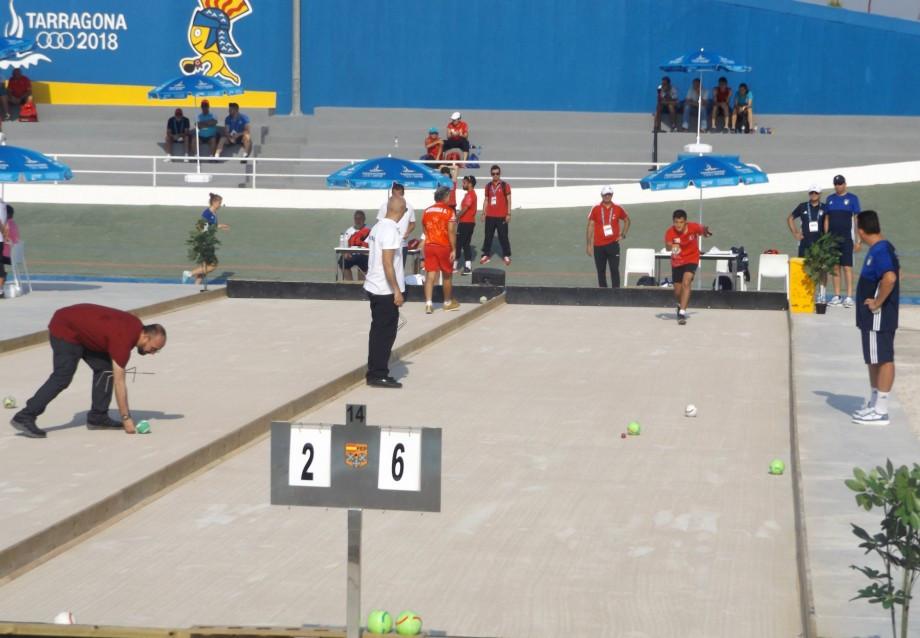 Three different variations of boules have begun at the Mediterranean Games as the sport’s leaders hope their sport will make the transformation to an Olympic place at Paris 2024.

Petanque, Lyonnaise and Raffa-Volo take place side by side on the outdoor velodrome which forms part of the Anella Mediterrania - Mediterranean Ring - complex.

It is the fourth time that the three boules sports have been part of these Games since 1997.

"’Since I’ve been President, we’ve been trying to get the boules into the Olympics for Paris 2024," Claude Azema, head of the World Confederation of Ball Sports, said.

"We have been presenting our case at International Olympic Committee (IOC) events and at international forums.

"We have been meeting people and we have talked about our plans.

"We have had a lot of interest.

"The image of our sport is particularly interesting - it will look good on television and is certain to attract good crowds.

"We can play, not anywhere, but in many, many places.

"It is easy to organise, easy to prepare.

"There is no special expense in preparing the ground.

"We just need to have some places for the people to sit.

"We would expect maybe five, six or even seven thousand people who would want to see this sport.’"

Boules sports are also on the programme of the World Games and the South East Asian Games.

Just as they were delighted by Fiji’s Olympic rugby sevens gold medal at Rio 2016, the IOC may well be attracted by the prospect of medals for smaller nations.

In the wake of the IOC’s Agenda 2020 reforms, the onus is on host cities to propose additional sports that will suit them and attract interest.

"The process is for the Paris Organising Committee to propose maybe one two or three sports to the IOC," said Azema.

"I think they will probably decide what to propose before the end of the year of maybe early in 2019."

A decision has not yet been made on which of the three events will be put forward.

Competitors throw metal boules to try and finish as close as possible to the cochonnet - the jack.

Boules Lyonnaise offers an intense five-minute contest in which competitors run from one end of the piste to the other to shoot at the jack with metal boules.

It makes for a thrilling spectacle as teams compete side by side and you could certainly imagine this being a hit with television audiences.

Relays have traditionally been two men or two women but Azema insisted on mixed relays.

"We want to put the accent on mixed sports, the emphasise the fact that women and men compete equally," he said.

"They have said they want to try and for them it is a good way to have a chance of success."

Raffa Volo is played with plastic boules and bears a resemblance to lawn bowls, although again it is played on a dirt track rather than a green.

‘"The sport encourages values of respect and education which are sometimes forgotten in society today,"’ Andorra’s coach Jacques Vannereau said.

"Were it to be in the Olympics it would have a great effect. It is a great part of French culture and, if it were included, it would really develop that and would encourage interest amongst the young in a sport which has a future."