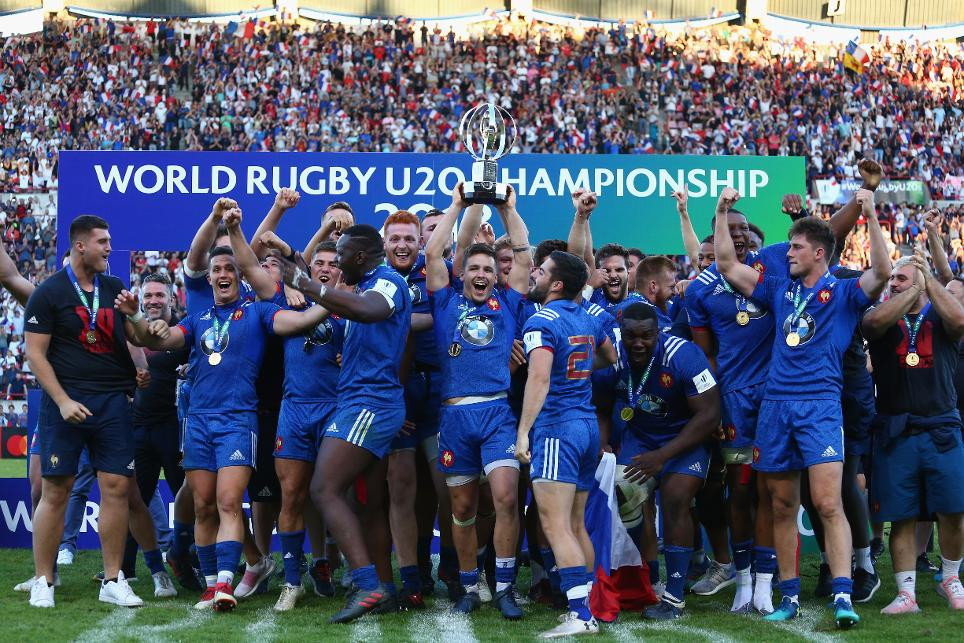 Bill Beaumont has claimed the World Rugby Under-20 Championship in France was the best edition of the annual event to date.

The World Rugby chairman made the assertion as the governing body announced record-breaking broadcast, attendance and digital media figures.

Hosts France emerged as the winners of the tournament last month, after beating England 33-25 in the final.

It is claimed the final was watched by a peak of 1.31 million viewers in France, surpassing the previous record of 1.15 million set for the semi-final between the hosts and New Zealand.

A championship record of 97,500 fans attended across five match days, with a sell-out crowd of 15,360 fans watching the final in Beziers.

World Rugby claim the tournament captured the attention of the host nation and showcased the future stars of the sport.

"The 2018 World Rugby Under-20 Championship will be remembered as one of the great championships on and off the field," said Beaumont.

"It was the best-attended, most-viewed and most socially-engaged edition yet.

"It was competitive throughout and the French fans embraced all the teams across three superb and vibrant match venues.

"We have seen that the future of international rugby is in very exciting hands and I am sure that several players will graduate to senior international honours and may even feature at Rugby World Cup 2019.

"We have also seen innovations that may shape the future of the game, including the tackle height trial and technology to enhance the speed and accuracy of television match official (TMO) decisions.

"I would like to congratulate France on their first title and thank our friends at the French Rugby Federation, the host cities and three superb match venues whose passion and commitment, working in partnership with World Rugby, has delivered a tournament that will live long in the memory for all who experienced it."

World Rugby have stated the tournament was popular online, with 41.5 million video views representing a six million increase on the 2017 edition in Georgia.

The governing body also highlighted innovations, including a debut of a simulator for television match official training and an early start of the process in matches, which they believe reduced the time taken to make decisions.

The tournament's importance was highlighted when Scotland’s George Horne and Matt Fagerson made test debuts in June.

It took the number of tournament graduates to receive caps to more than 600 since its inception in 2008.

Argentina will host the 2019 edition of the tournament, prior to the Rugby World Cup 2019 in Japan.