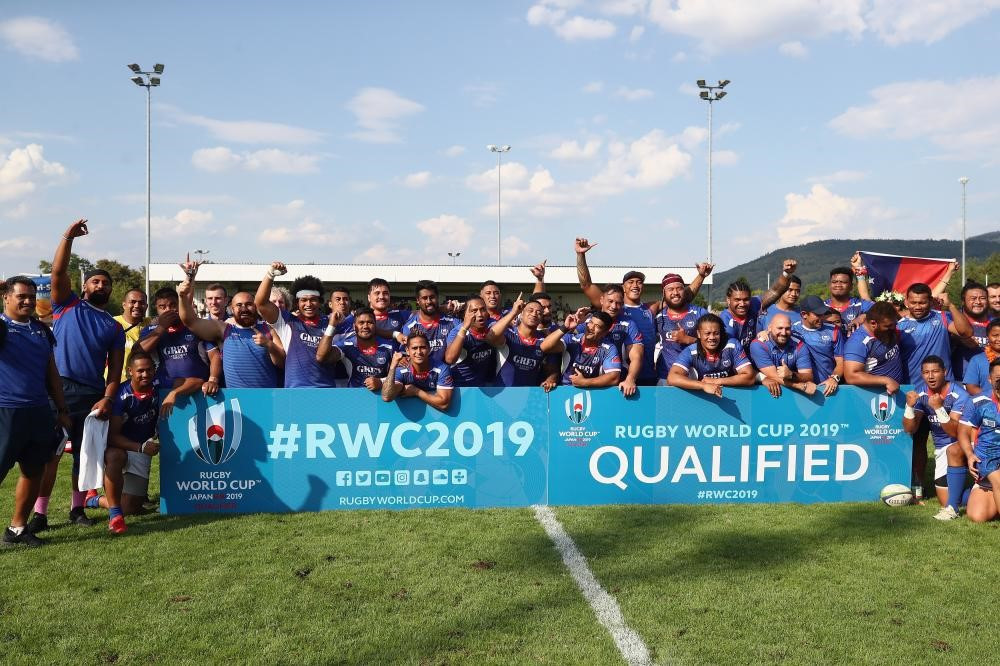 The country all-but confirmed their spot at the flagship tournament on June 30 when they thrashed Germany 66-15 in the first leg of their qualifier on home soil in Apia.

They rubber-stamped passage today in the second leg in Germany at the Fritz-Grunebaum-Sportpark in Heidelberg, winning 42-28.

Ahsee Tuala, Melani Matavao and Ed Fidow both scored two tries each for the Samoans as they wrapped up a 108-43 aggregate victory.

The Germans, always the underdogs in the tie, scored three tries of their own and will still have a chance of reaching Japan through the repechage tournament.

Samoa will go into Pool A at the World Cup with Ireland, Scotland, hosts Japan and Russia.

"Congratulations to Samoa on Rugby World Cup 2019 qualification and a place in Pool A," said Beaumont.

"Germany will be encouraged by a strong performance as they look ahead to November's repechage."