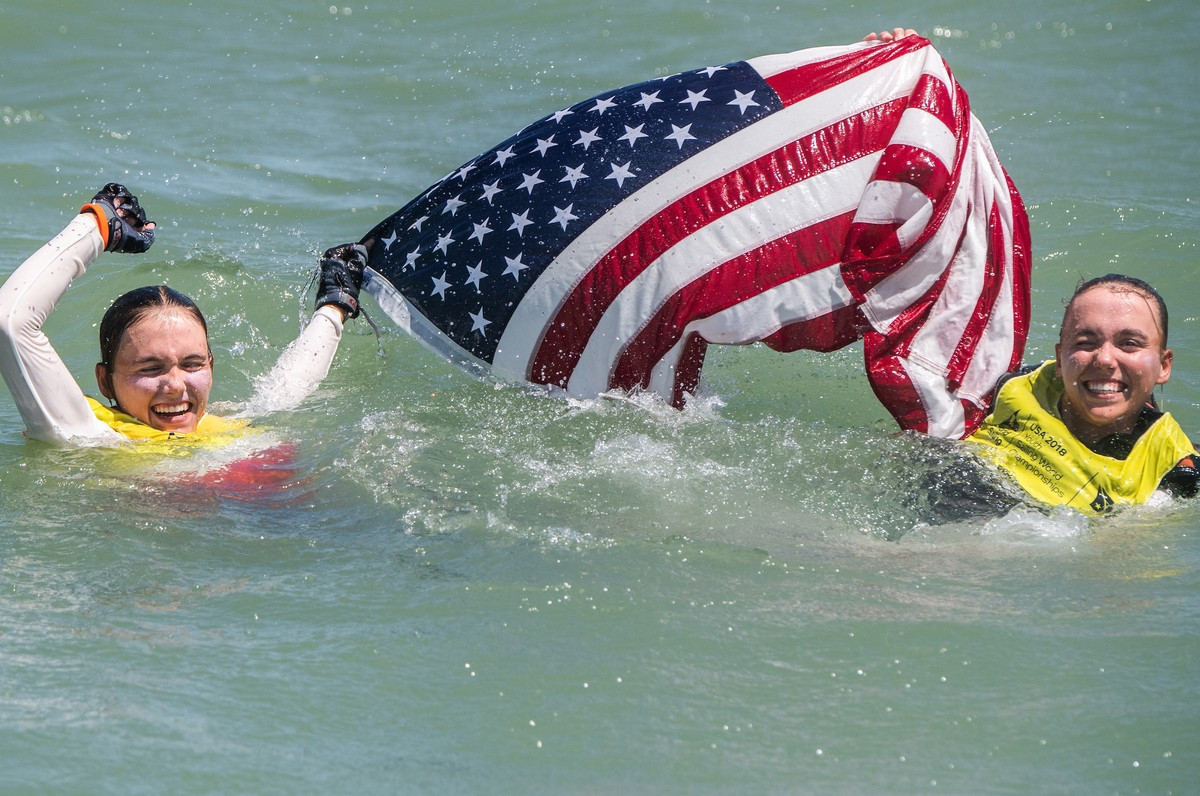 The United States and Norway have claimed the last three medals of the Youth Sailing World Championships in Texas today, with the US taking one while Norway secured two.

Today's results mean the US have finished the event on home waters with four golds in total, after sailors from the country won the boys' RS:X, girls' laser radial and boys 420 classes yesterday.

Today, Carmen and Emma Cowles from the United States retained their title in the girls’ 420 class, while Norway’s Pia Andersen and Nora Edland took the 29er class and their compatriots Mathias Berthet and Alexander Franks-Penty took the boys’ event at Corpus Christi Bay.

Berthet and Franks-Penty initially thought they had lost the gold, so close was their class, though they eventually realised they had taken the win on a tiebreaker.

Afterwards Berthet described it as the happiest day of his life.

In the girls’ 420 class the Cowles sisters Carmen and Emma won with seven first place finishes and a fourth, meaning they finished 13 points clear of Vita Heathcote and Emilia Boyle from Great Britain in second place, while the bronze went to the Spaniards Julia Minana Delhom and Silvia Sebastia Borso di Carminati.

"Basically, we've adhered to the KISS principle-keep it simple, stupid,"  Emma Cowles said after their victory, the first time in 14 years that a girls’ 420 crew has won back to back gold medals.

We've seen some incredible performances on the water 🌊 and we've been privileged to watch this group of talented young sailors! 👊

In the Girls' 29er, Andersen and Edland bounced back from second place on Wednesday (July 18) to win the gold medal today.

They won the final three races of the competition to finish 14 points ahead of Berta Puig and Bella Casaretto from the US.

Afterwards Anderson said she "never believed" it would happen.

In the boy’s event Berthet and Franks-Penty started the day today with a 10-point lead, but then sailed their worst race of the competition, finishing 19th.

Had they finished 20th- and they initially thought they had - then they would have lost the gold medal by one point, but one of the crews that finished ahead of them were subsequently disqualified for crossing the start line early, meaning the Norwegians took the gold after all.

They won it by a tiebreaker, having had more race wins throughout the competition than Seb Lardies and Scott Mckenzie from New Zealand.