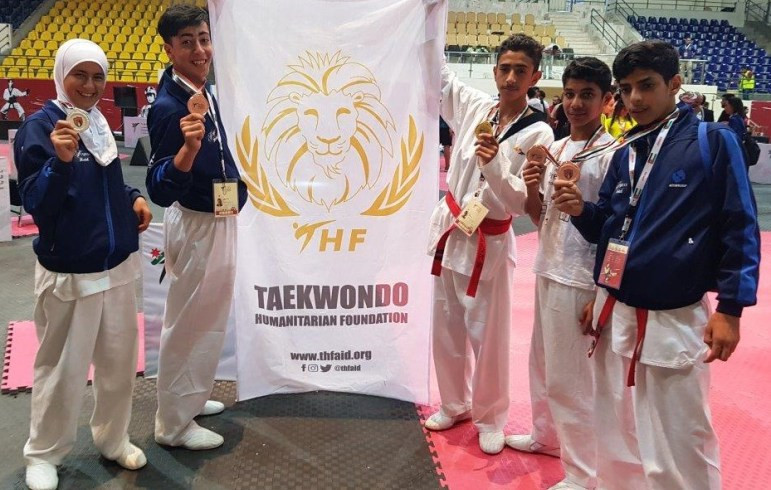 Yehya Al Ghotani made history by winning gold for the Taekwondo Humanitarian Foundation (THF) at the organisation's first appearance at an international tournament.

Nine refugee athletes - who train under the THF banner at the Azraq Taekwondo Academy in Jordan - took part at the 2018 El Hassan Cup International Open G1.

Competition was held over four days in Jordan's capital Amman with the THF winning a silver medal and three bronze in addition to Al Ghotani's gold.

More than 1,200 taekwondo players from 30 countries competed in the tournament in all.

"There is much to celebrate for these young athletes who became part of the first ever entire refugee team participating in a G1 taekwondo tournament worldwide," a THF statement said.

"Their participation in this competition will remain an unforgettable experience for them while giving them further inspiration to continue working on their taekwondo journey.

"These youngsters had never competed in such a prestigious taekwondo event before."

The team had the chance to meet Jordan's Olympic taekwondo champion Ahmad Abu-Ghaush.

THF projects are also up and running in Turkey, Djibouti, Burundi and Nepal.

There are currently more than 70 students who attend weekly training sessions covering both technical taekwondo and educational activities at the Azraq Refugee Camp.

The people living there have fled the conflict in neighbouring Syria.