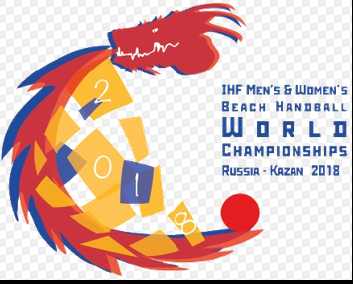 Defending champions Croatia maintained their 100 per cent record at the Beach Handball World Championships in the Russian city of Kazan as they inflicted a first defeat on Spain to confirm they will meet Denmark in the men's quarter-finals.

A 2-1 result left Croatia top of the main round Group I in this International Handball Federation event at the Beach Sport Complex.

Second-placed Spain now play Brazil, who finished third in Group II after being beaten 2-1 by the Danes.

Hungary secured third place in Group I with a concluding 2-1 win over Iran, although the latter team still squeezed through to a quarter-final against Sweden, who finished top of Group II despite an unexpected 2-0 defeat by second-from-bottom Qatar.

In the consolation round group, the United States defeated Australia 2-0 to finish top.

Australia finished second ahead of Argentina, who defeated New Zealand 2-0.

Meanwhile in the women’s competition, defending champions Spain maintained their perfect record, confirming their place in the quarter-finals with a 2-0 win over Poland, who finished one place behind them in the main round Group I.

Spain will now meet Denmark, who took the fourth and final qualifying spot in Group II with a 2-0 win over Thailand.

The Russian hosts go through to meet Greece in the quarter-finals after winning their final match, against Vietnam, 2-0.

The Greeks finished third in Group I with a concluding 2-1 win over Uruguay, while Paraguay took fourth place after defeating Chinese Taipei 2-1 in their final match and now meet the Group II top team, Brazil.

The Brazilians finished their group campaign with a 2-0 win over Norway,

France confirmed their top place in the consolation round table with a 2-0 win over Australia, who finished second.

A 2-0 defeat by Uruguay left the US bottom of the group.