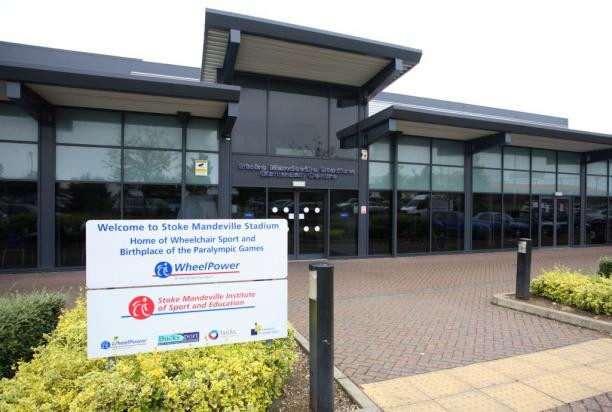 A special celebration event to mark 70 years since the formation of the Stoke Mandeville Games and the birth of the Paralympic Movement is set to be held in Buckinghamshire in England tomorrow.

The landmark occasion also coincides with the 70th year since the founding of the National Spinal Injuries Centre (NSIC).

The Stoke Mandeville Games - an archery competition for wheelchair athletes first held on July 29 in 1948 - went on to become an annual event and eventually inspired the Paralympic Games.

The event was held to coincide with the Opening Ceremony of the 1948 Olympic Games in London.

A total of 16 patients - 14 men and two women - from Stoke Mandeville and the Star and Garter Home took part in an archery tournament.

The competition became an annual event which was named the Stoke Mandeville Games.

More teams and sports were added as years went by.

Dr Ludwig Guttmann, a respected Jewish neurosurgeon who had been forced to flee his homeland of Germany in 1939 to escape Nazi persecution, was the inspiration behind the Stoke Mandeville Games.

Five years after leaving Germany, he was asked by the British Government to open a Spinal Injuries Unit at Stoke Mandeville, intended to treat soldiers and civilians injured during World War Two.

As part of his treatment for the injured veterans, Guttmann promoted sport as a means of physical and mental rehabilitation.

The first sport played by patients was a hybrid form of wheelchair polo and hockey, initially played informally on the ward against the physiotherapists, before it was developed into a proper team game.

The Stoke Mandeville Games he created grew in size and stature and by 1952, more than 130 international competitors had taken part.

This event, featuring 400 athletes from 23 countries, is now recognised as the first Paralympic Games.

To mark the occasion a special archery competition recreating the first one from 1948 is to be held tomorrow at Stoke Mandeville Stadium organised by wheelchair sports charity WheelPower and the NISC.

Patients from the NSIC and other paralysed men and women will take part in the archery competition supported by Paralympians Jess Stretton, gold medalist in Rio 2016, who started at WheelPower Sports Camps as a junior and Fred Stevens, who has coached archery at many events at Stoke Mandeville.

After the competition mural celebrating 70 years of the Paralympic Movement will be unveiled.

Eleven-time Paralympic gold medallist, Baroness Tanni Grey-Thompson, was among those who attended the event.

"What better way to celebrate the 70th anniversary of the first wheelchair games than by putting these sports on display to the public at Waterloo," Baroness Tanni said.

"WheelPower do invaluable work, engaging with and supporting more than 100,000 people with disabilities to get into sport every year.

"Wheelchair sport has grown rapidly in popularity in recent years.

"Charities like WheelPower are vital to continuing this momentum and providing disabled people with an opportunity to get involved in sport."