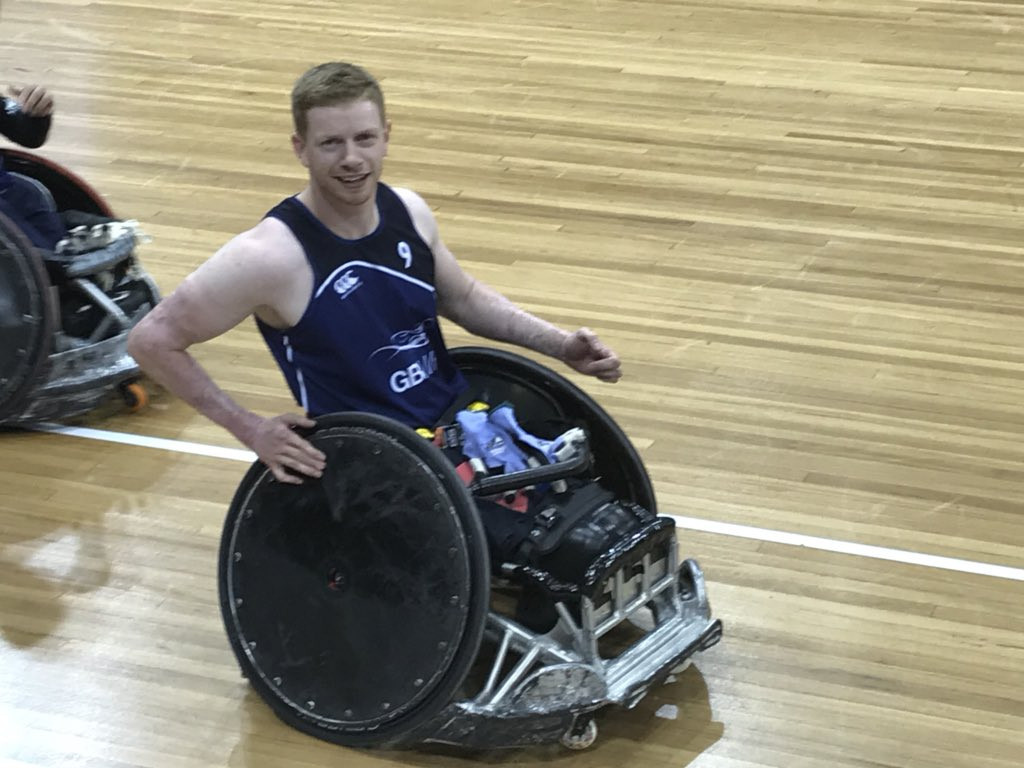 Great Britain and France are poised for a huge Group B showdown at the Wheelchair Rugby World Championship tomorrow with both sides now on a record of three victories and a defeat.

Only the top two in each group will reach the semi-finals in Sydney and the United States are hot favourites for top spot after winning all three of their games so far.

It means that Britain and France will slug it out for second spot when they meet each other in the final group game for both countries tomorrow.

Reigning European champions Britain had lost to the US yesterday but recovered today with two wins, 55-43 over winless Canada and 57-20 over Colombia.

The US are playing twice tomorrow against Poland and Canada and are widely expected to win both matches as the pool phase concludes.

"It was nice that everybody played pretty well, but now we're essentially in a quarter-final in the game against GB," said France's Mateusz Wawczak.

"It will be a really tough game.

"I know we can beat them because we've played a tournament with them a month ago and beat them once.

"It will be really difficult, but it's possible and there’s nothing to lose."

Elsewhere in Group A, there was a historic first win at this level for Colombia who beat Poland 50-43.

Both sides now have a sole victory to their name with only world number three side Canada yet to get off the mark.

In Group A, hosts and holders Australia moved to three wins from three games as they defeated Denmark 61-49.

The Danes had won all three of their games before meeting the home side but were denied a fourth by the Paralympic champions.

"It felt good being out there, but they were a little tougher than our last opponents were," said Australia's Jake Howe.

Japan also have a 100 per cent record from three games as they beat Sweden 48-46.

They will play both Australia and Denmark tomorrow in crunch games to see who goes through.

Australia will also play Ireland with the Danes in action just once.

A battle of winless nations in Group A saw New Zealand beat the Irish 52-42.

After the group stage concludes tomorrow, the semi-finals will be held on Thursday (August 9).

Matches are taking place across two venues, the Quaycentre and the Genea Netball Centre.